Jacob and Emily Nolan were recognized for the sweat equity and ingenuity they’ve poured into their farm when they were named the second place winners of the 2021 American Farm Bureau Federation (AFBF) Young Farmers & Ranchers (YF&R) Achievement Award. The honor was announced Jan. 13 during a live presentation as part of the AFBF virtual convention.

As second-place winners, the Nolans receive a Case IH Farmall 50A tractor, courtesy of Case IH. Caleb and Leanne Ragland of Kentucky won the contest and a new Ford vehicle.

“We were so humbled to even be considered a Top Ten finalist. When they announced us as the runner-up, we were in disbelief. I think we still are,” Jacob said. “We appreciate AFBF for making our experience a great one even though we were unable to be in San Diego.”

The achievement award recognizes outstanding young farmers and ranchers who excel in their farm operations and exhibit superior leadership abilities. The Nolans own and operate Spring Fever Farms in Wayne County. 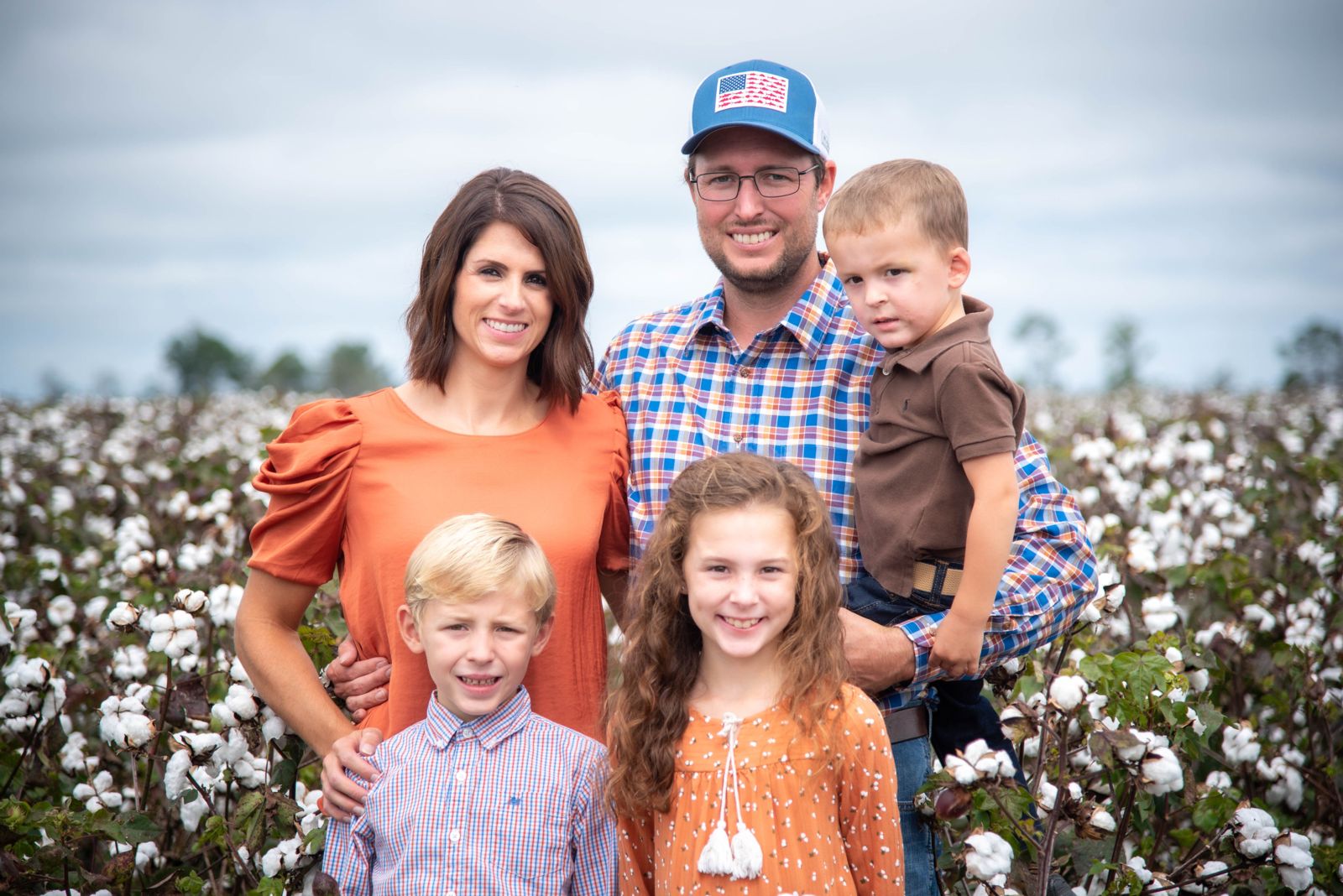 The couple served on the GFB YF&R Committee in 2012-2013. Jacob is a WCFB director. Emily is chairwoman of the WCFB Promotion & Education Committee.

The Nolans live in Screven with their children, Reed, Kenley and Tanner. To learn more about their farm, visit https:// gfb.ag/YFRAANolans.

Monroe County Farm Bureau Vice President Melissa Mathis was named to the Top 10 in the AFBF Excellence in Agriculture Award competition. Tift County Farm Bureau member Ashley Yopp advanced to the Sweet 16 round of the AFBF Discussion Meet. The excellence in agriculture and discussion meet competitions were held virtually as part of the AFBF convention in January.  Mathis was one of 26 state winners to give presentations during the convention, while Yopp was one of 28 competitors in the discussion meet.

Mathis, who won the 2020 Georgia Farm Bureau (GFB) Young Farmers & Ranchers (YF&R) Excellence in Agriculture Award, runs farm and pet supply stores in Bolingbroke, Barnesville and Monticello. She and her husband, Bobby, also have a small cattle farm. They live in Forsyth with their children, Jane and Copelan.

The excellence in agriculture award is given to recognize outstanding young farmers and ranchers who earn the majority of their income from vocations other than production agriculture, but who actively contribute and grow through their involvement in agriculture, leadership ability and participation in Farm Bureau and other organizations.

In her presentation, Mathis focused on how urban sprawl is affecting the growth of existing farms and the creation of new ones, increasing farm safety awareness and agricultural education.

The discussion meet is designed to simulate a committee meeting, where groups of individuals talk about a selected agricultural topic and seek ideas to resolve issues within that topic. In three rounds of competition, Yopp and her competitors discussed international trade, natural disasters and big data.