View from the Field: An accident can only take a second to happen

Many of you know I had an accident this spring baling hay. It was a Saturday afternoon, and we were two to three hours behind schedule when the baler twine came loose out of one of the nee- dle arms on my square baler.

I got down on the ground to rethread the twine without turning off the trac- tor or the power take off (PTO). I knew better, but it was supposed to rain on Monday, and I was in a hurry.

I reached up into the baler chamber to get the twine to rethread the needles. About the time I reached up, the baler tripped, and the needle arms caught my right arm and hand.

When I pulled my arm out it looked like an “S.” I had to have surgery on my broken arm, wrist, and hand. Thankfully, I received wonderful care at OrthoGeorgia in Macon from Dr. Waldo Floyd III, and I am healing well. Jane and I have really appreciated the calls and emails from everyone checking on me.

Don’t be like me. If you’re about to work on a piece of equipment that’s running off a power take off, turn the tractor off or at least the PTO, so you don’t end up with a big cast and plates and screws in your arm.

Sometimes being in a hurry doesn’t pay. It can come back to haunt you if you don’t take an extra 15 seconds to do something you know you should do. 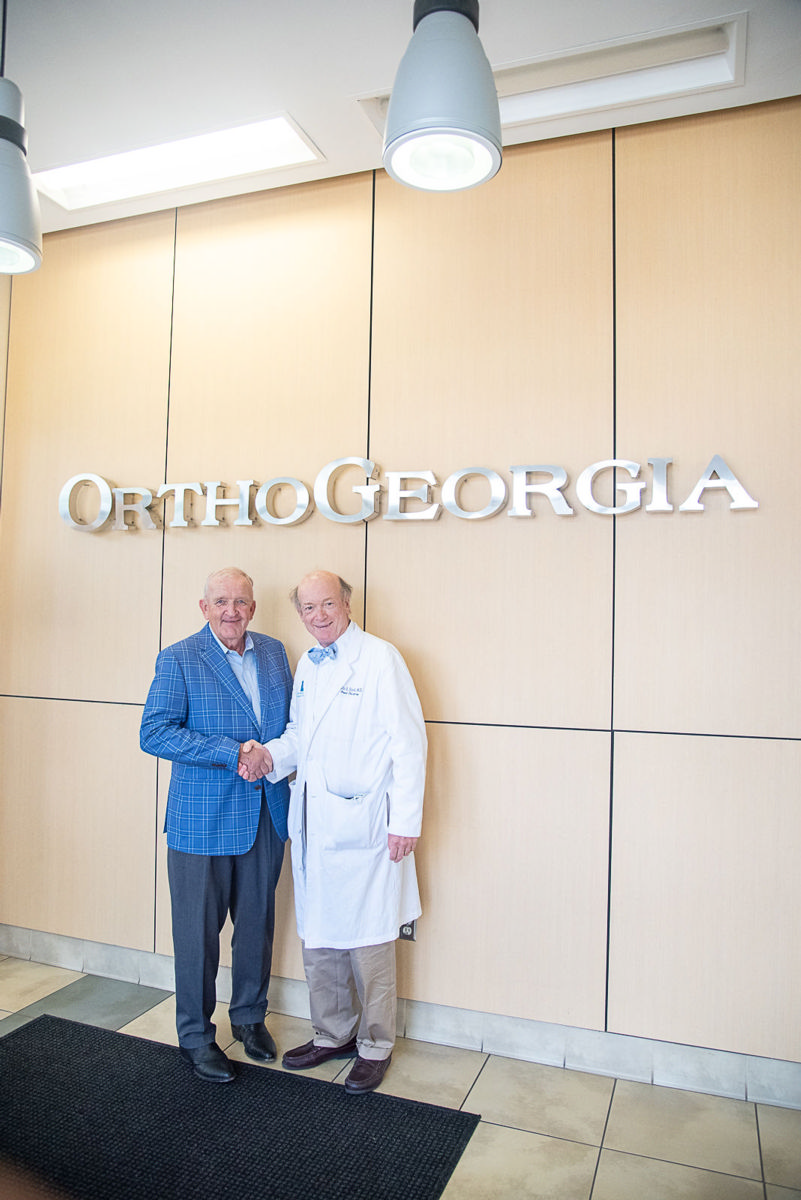 Farm safety is something we all need to be conscious of whether it’s not hitting a ditch in the field, installing a tractor roll over bar, or not working on running equipment. An accident can only take a second to happen.

To all my farming friends, my message is simple. Slow down a little bit, be careful.

My family is the most important thing in my life, and I know yours is to you. We all need to practice safety precautions to make sure we are around for our families.