Former U.S. Senator Saxby Chambliss received the 2018 Georgia Farm Bureau Commodity Award during the organization’s annual commodity conference held Aug. 9 at the University of Georgia Tifton Campus. Chambliss was recognized for being a strong advocate for Georgia agriculture and Georgia’s military bases during the 20 years he served in the U.S. Congress.

Chambliss was instrumental in reforming the federal crop insurance program while serving in the House to make it more affordable and an effective risk management tool for farmers. He chaired the Senate Agriculture Committee from 2005-2007.

“Farm Bureau is the premier agriculture organization in the country and certainly in our state,” Chambliss said. “Agriculture has been such a huge part of my life. This means an awful lot to me for any number of reasons.” 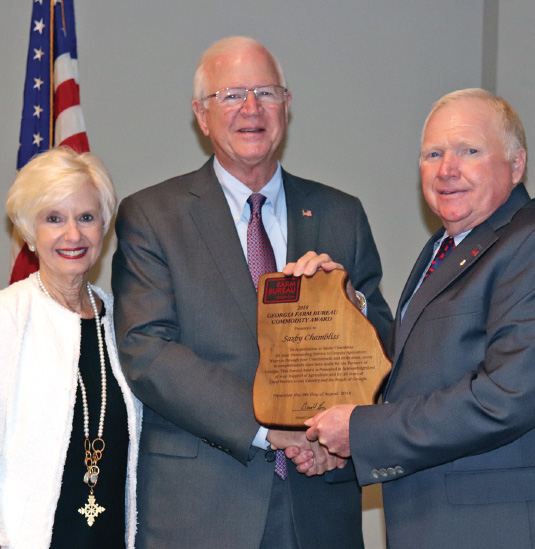