The University of Georgia team won the collegiate division of the first Advocacy in Action contest, for which the final round was held at Sunbelt Ag Expo on Oct. 20. Cottondale High School from Florida’s Panhandle won the high school division.

A total of 28 teams entered the competition. The first round consisted of video submissions. UGA and Abraham Baldwin Agricultural College were chosen as the collegiate finalists based on their videos. Cottondale was joined in the high school finals by teams from Colquitt County High School and Tift County 4-H.

Advocacy in Action is designed to put students in simulated situations where they promote their policy stance with elected officials. The idea behind the competition is to help students develop their “elevator pitch” communication skills.

“We’re just trying to draw more attention to the importance of being able to tell your story, communicate with your legislators, convince them of your position, why agriculture is important,” said Georgia Farm Bureau Public Policy Director Jeffrey Harvey. “This contest basically is geared around real-life scenarios of what it’s like to work inside the capitol trying to communicate your message as a lobbyist for an ag organization on a daily basis.”

Harvey, Georgia Peanut Commission Executive Director Don Koehler and state Sen. Tyler Harper served as judges for the final round, where the teams discussed how current federal policy incentivizes or discourages the next generation of farmers and what policy changes could be implemented to ensure future generations of Americans have the opportunity to farm.

At the finals, teams were paired with coaches, who are agriculture policy professionals, for advice on how the lobbying process works. Each team prepared a three-minute speech and presented it to the judges. Each judging session included up to five minutes for questions and answers.

“Elected officials are very busy,” Harvey said. “They’re hearing from all types of groups on all types of issues. You need to be respectful of their time. Get right to it. It’s also important to close. What do you want them to do? Why are you asking them to do this? Close the message out, because if you give them the opportunity to get out, they’re going to get out, because they’ve probably got other folks asking them to take the opposite position.” 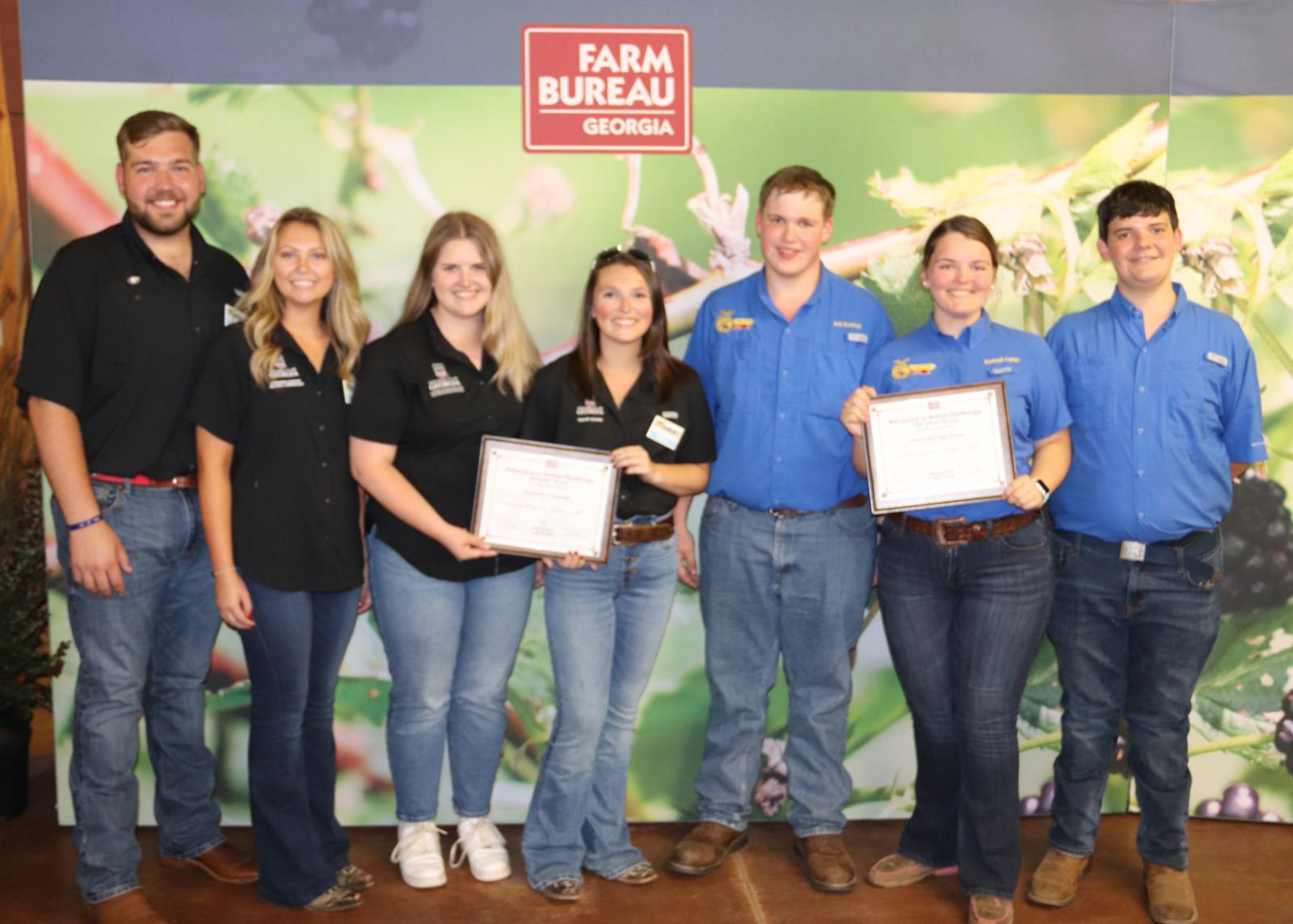