“I had no idea I’d be here this long,” Ruark said. “It’s an organization with good farm people who have the same goal of making farming better for everyone across the state. I’ll miss it, but it’s time for someone else to serve.”

“Alex Moorehead was Morgan County Farm Bureau (MCFB) president at the time. When we came back home [from college] he called and asked if I’d be interested in serving on the county board,” Ruark recalled. 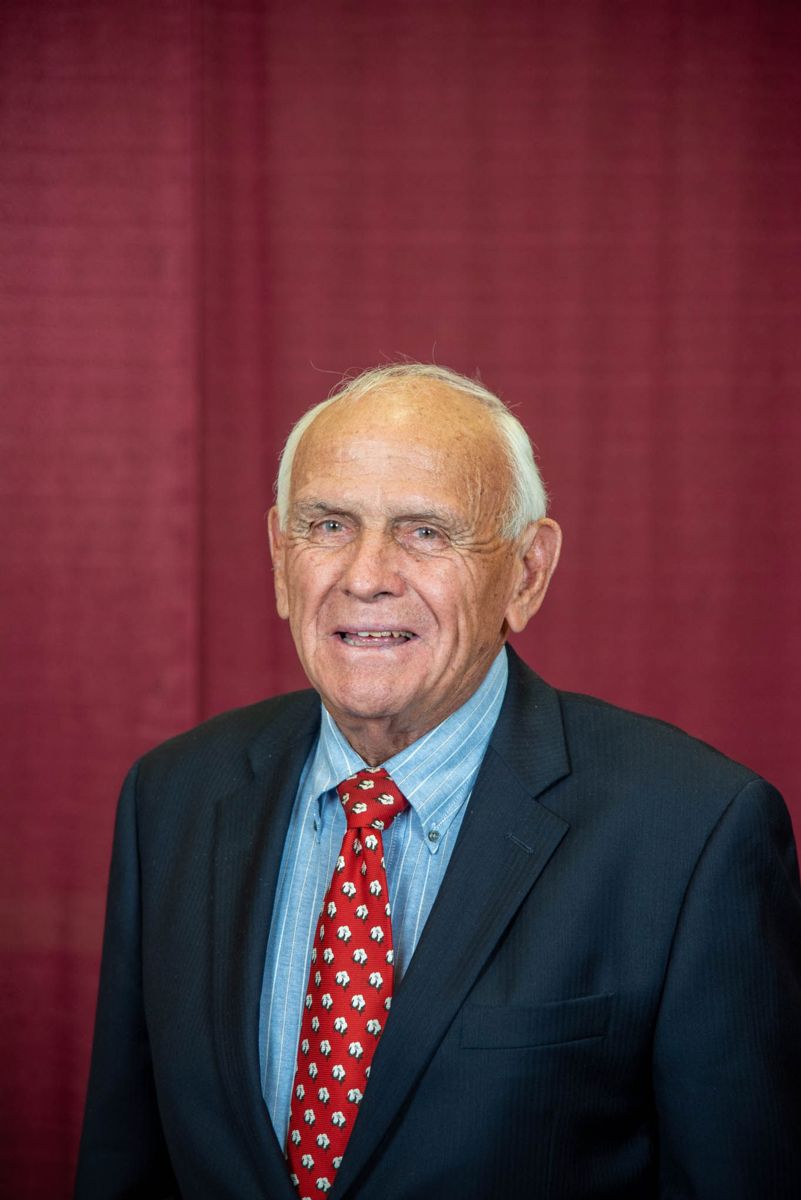 He’s continued to serve on the MCFB Board since then and served several terms as county president in the past 61 years.

“The first American Farm Bureau meeting we went to was in Washington, D.C., in 1972, when I was serving as county president,” Ruark said.

With encouragement from his fellow Morgan County Farm Bureau members, Ruark was elected to the GFB Board of Directors in 1973 to represent the organization’s old 10th District, which at the time included Morgan County and stretched to Elbert County.

The value of Farm Bureau

Ruark credits GFB's work through the years on tax issues for allowing Georgia farmers to stay in business. Securing the conservation use value assessment for farmland and tax exemptions for farm inputs were crucial.

“The most important thing we passed for agriculture through the years is conservation use taxes and fuel tax exemption. Without these two things we could not farm in North Georgia, really across the state,” Ruark said. “I don’t see why anyone who is in agriculture isn’t a Farm Bureau member.”

“They all had a particular goal that has fit into the Farm Bureau plan,” Ruark said. “It’s important to me, and I hope it will continue to be important [to others] to have leadership that understands what goes on daily with farming.”

Ruark recalls serving on the GFB committee that studied GFB’s options for buying the land on which its current Macon office is located.

“Buying this property and building this new building was a controversial issue,” Ruark recalled. “Many wanted to expand the existing office on Riverside. We had some growing pains, but I think we made the right decision.

Soon after GFB improved its state office, it began a campaign to help county Farm Bureaus do the same. From the late 1980s into the first decade of this century, a majority of the counties built new offices.

“One of my main interests over the years was helping county Farm Bureaus to have an office they could be proud of,” Ruark said. “We had county offices with leaky roofs, or the counties were renting their offices.”

Ruark has brought to the board.

“I’m grateful I was able to draw from his vast experience,” McCorkle said. “He is well-liked and respected by all.”

Ruark, the youngest of four boys, grew up on his family’s cotton farm in Bostwick. His parents, George Lee and Agnes, were among the first farmers in the county to raise broilers when they built their poultry houses in the mid-1950s, Ruark said.

“There used to be cotton everywhere in North Georgia, but then dairies, poultry houses and beef cows replaced it,” Ruark said. “We’ve always grown cotton as our main crop. It was the only row crop you could feasibly grow in North Georgia.”

He and his brother, Gene, took over the family farm from their parents and farmed together until Gene died in 2016. Through the years, Ruark’s son, John, and Gene’s son, Mark, joined the farm along with John’s son, Andrew.

In retirement, Marvin and Bebe are looking forward to spending more time with their family: their four children - John (Tamie); Deanne; Agnes (Bobby) Jones and Andrea (Rhett) Burruss; their 10 grandchildren and five great-grandkids.