With this many new faces, we wanted to highlight the new and returning members of the Georgia Farm Bureau board.

2022 Georgia Farm Bureau Board of Directors 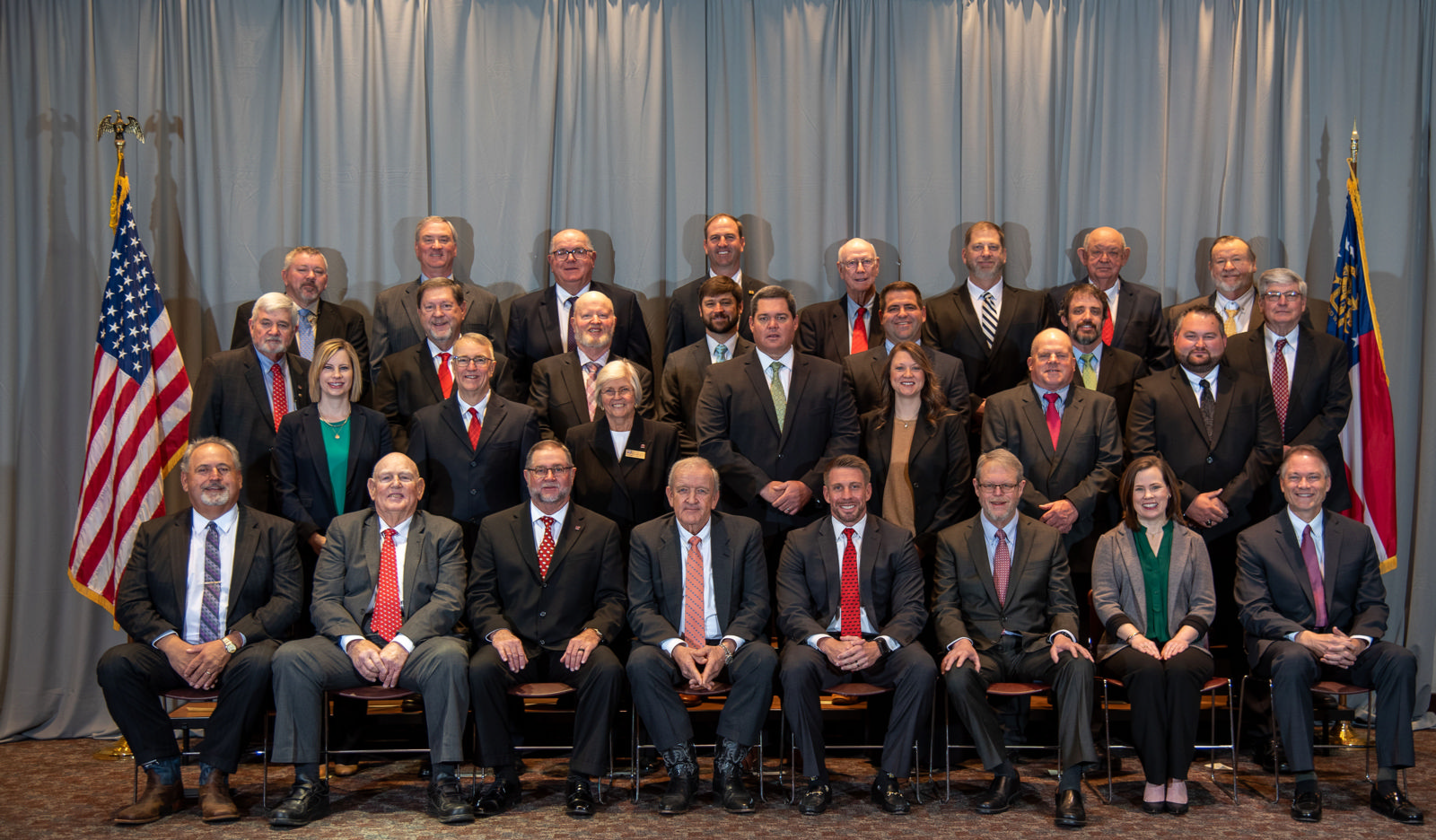 McCall and his wife, Jane, traveled extensively across Georgia last year to meet county Farm Bureau staff and leaders at local offices and events. If you haven’t had a chance to meet the McCalls, check out the feature we ran last year at  www.gfb.ag/McCallsGFBjourney .

Moon, of Madison County, represents the 14 counties in Northeast Georgia that comprise GFB’s 2nd District. Moon and his family raise chickens and beef cattle, grow small grains and soybeans. He and his wife, Mandy, operate a you-pick strawberry farm. The Moons served on the GFB Young Farmers & Ranchers Committee in 2007 & 2008. Moon is president of the Madison County Farm Bureau, is a past chairman of the GFB Poultry Advisory Committee and serves as an ex officio member of the Georgia Agricultural Commodity Commissions. The Moons have three children.

Caldwell, of Heard County, represents GFB’s Middle Georgia Region, comprised of 56 counties in the mid-part of the state running from Alabama to South Carolina.

He and his wife, Kim, farm with his father, Gwen, raising poultry and cattle while growing corn and soybeans. The couple’s son, Colton (Delayna), assists on the farm when needed.

He has served as a preacher for more than 30 years and has pastored Indian Creek Baptist Church in Bowdon since 2006.

Caldwell has served as a Heard County Farm Bureau (HCFB) director since 1990 and as the HCFB president since 2013. The Caldwells served on the GFB Young Farmers & Ranchers Committee in 1993 & 1994.

He has served as an HCFB director since the late 1990s, holding numerous HCFB offices through the years, including six years as president, several years as vice president and secretary. Barrett chairs the HCFB Promotion & Education Committee.

The Barretts have three adult children: Johnathan, Will and Allison.

Marks and his wife, Terri, have two other adult sons Cody (Kristin) and Orry (Brandi).

Marks chaired the Newton County Young Farmer & Ranchers (YF&R) Committee for several years in the 1980s. The Marks served on the GFB YF&R Committee in 1991 & 1992 and chaired the state committee in 1992. He was NCFB president from 1993 to 2000 and is a NCFB director. He currently chairs the NCFB Legislative Committee.

Wilburn has been an active Farm Bureau member since 2004. The Wilburns served on the GFB YF&R Committee in 2016 & 2017 and were the committee vice chairs in 2017. Russ has served on the Barrow County Farm Service Agency Committee the past three years and is a member of the Georgia Cattlemen’s Association.