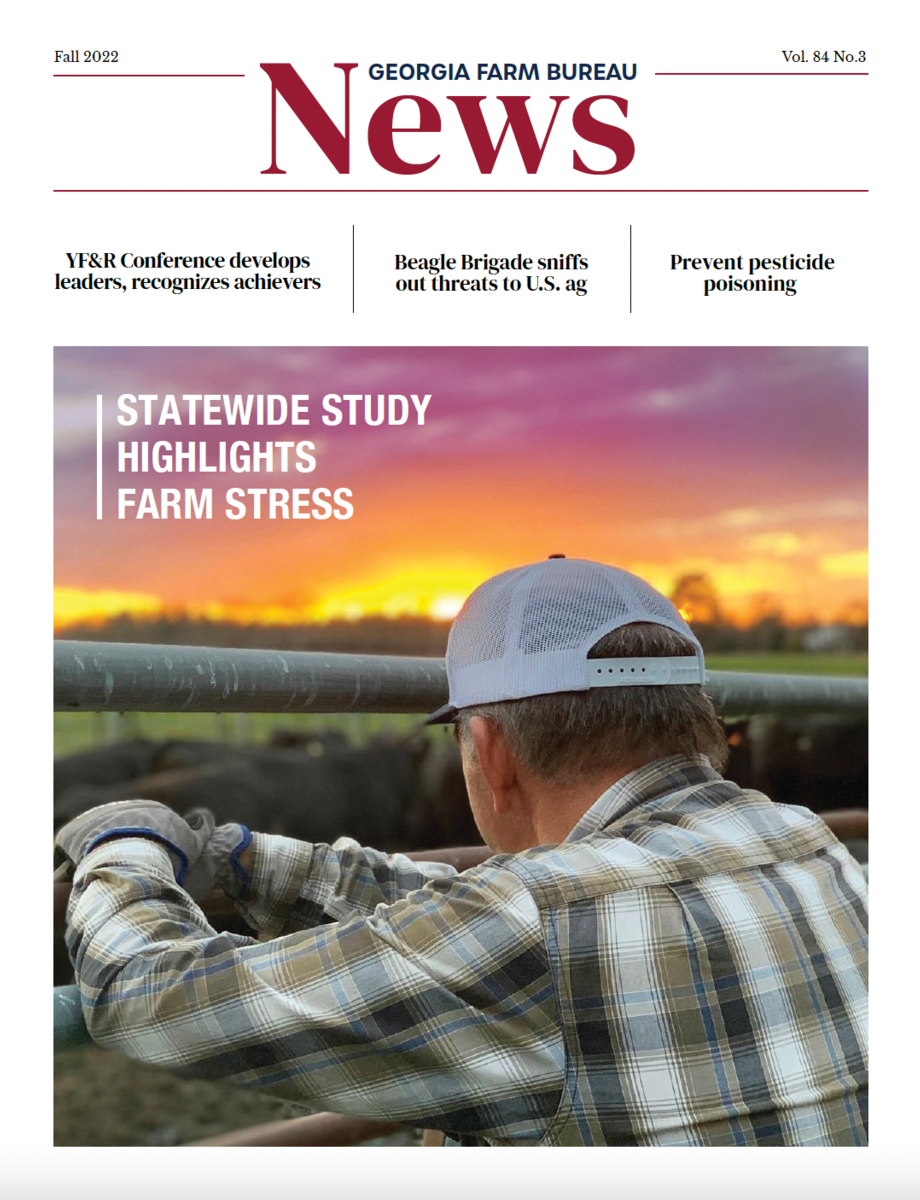 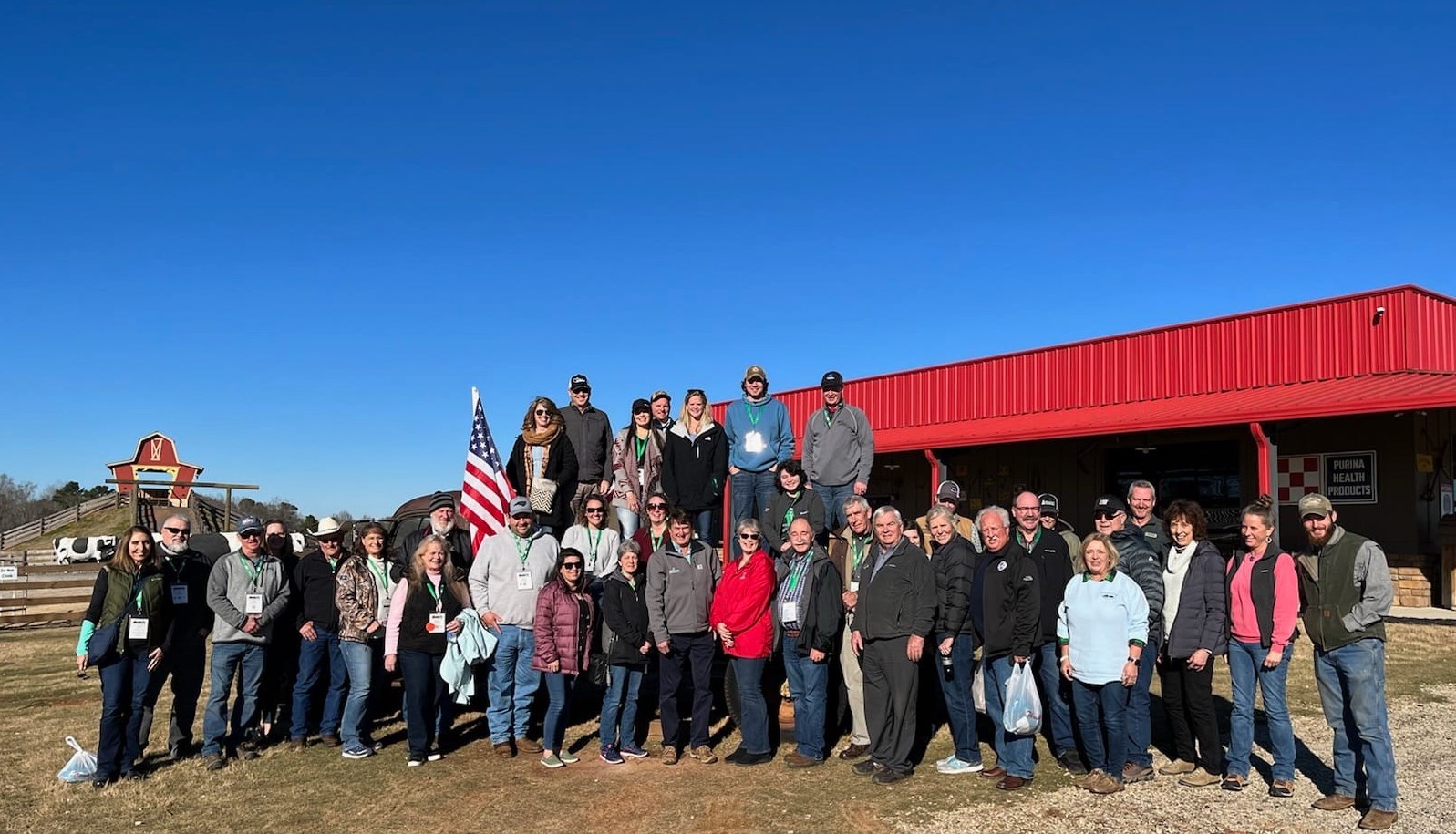 Three Georgia farm tours offered during the 2022 American Farm Bureau Convention gave farmers from across the country a glimpse of Georgia agriculture.

On Jan. 8, the “Got Milk? Got a Green Thumb?” Tour took about 26 U.S. farmers and 16 international diplomatic staff who handle ag policy for their countries to Hillcrest Farms and McCorkle Nurseries in McDuffie County.

While a dairy and horticulture nursery operate very differently, tour guests learned that both farms are using robots to fill labor needs.

At Hillcrest Farms Inc., Mark Rodgers told the group his family makes the comfort and health of their cows their top priority.

The tour of the four-generation farm began in the dairy’s viewing room where visitors saw cows milked in two of the five robotic milking stations the Rodgers installed in 2019. The farm is the first in Georgia to use robotic milkers, which allow the cows to walk into a station when they want to be milked.

Each cow wears an activity monitor around her neck that operates similar to a Fitbit. When the cow enters the milking station, a computer reads the chip & downloads data about her temperature, activities, milk production, etc., that helps the Rodgers monitor the cow's health.

Hillcrest Farms has implemented environmentally friendly management practices like using the manure its cows produce to fertilize the forage crops they grow to feed the cows. The farm also runs recycled water through the alleys of the freestall barns to flush away the cows' manure and loose sand. The sand is separated from the manure water and purified before being used again.

At McCorkle Nurseries, tour guests learned how the McCorkles propagate, grow, market and ship the almost 1,000 varieties of woody ornamentals, perennials and groundcover plants they grow. In its 80th year, McCorkle Nurseries is owned and operated by brothers Donald and Jack McCorkle and Donald’s children, Skeetter & Beverly, and Jack’s son, Chris.

Skeetter shared that the operation markets more than 4 million plants each year to more than 1,800 customers in the Southeast and Mid-Atlantic states. He shared how the nursery collects rainwater in ponds to irrigate its plants and collects runoff water as plants are irrigated to reuse.

McCorkle Nurseries has patented almost 100 new plant varieties in the past 15 years, including a dwarf crape myrtle, Endless Summer hydrangea and gardenias with double blooms.

Chris discussed how the nursery has used Harvest Automation robots for six years to move plants from one location to another. Since labor is an issue, this allows employees to do more important tasks like propagation or repotting.

All tour participants gathered at the Dearing Community Center for a delicious barbecue lunch hosted by the McDuffie County Farm Bureau. 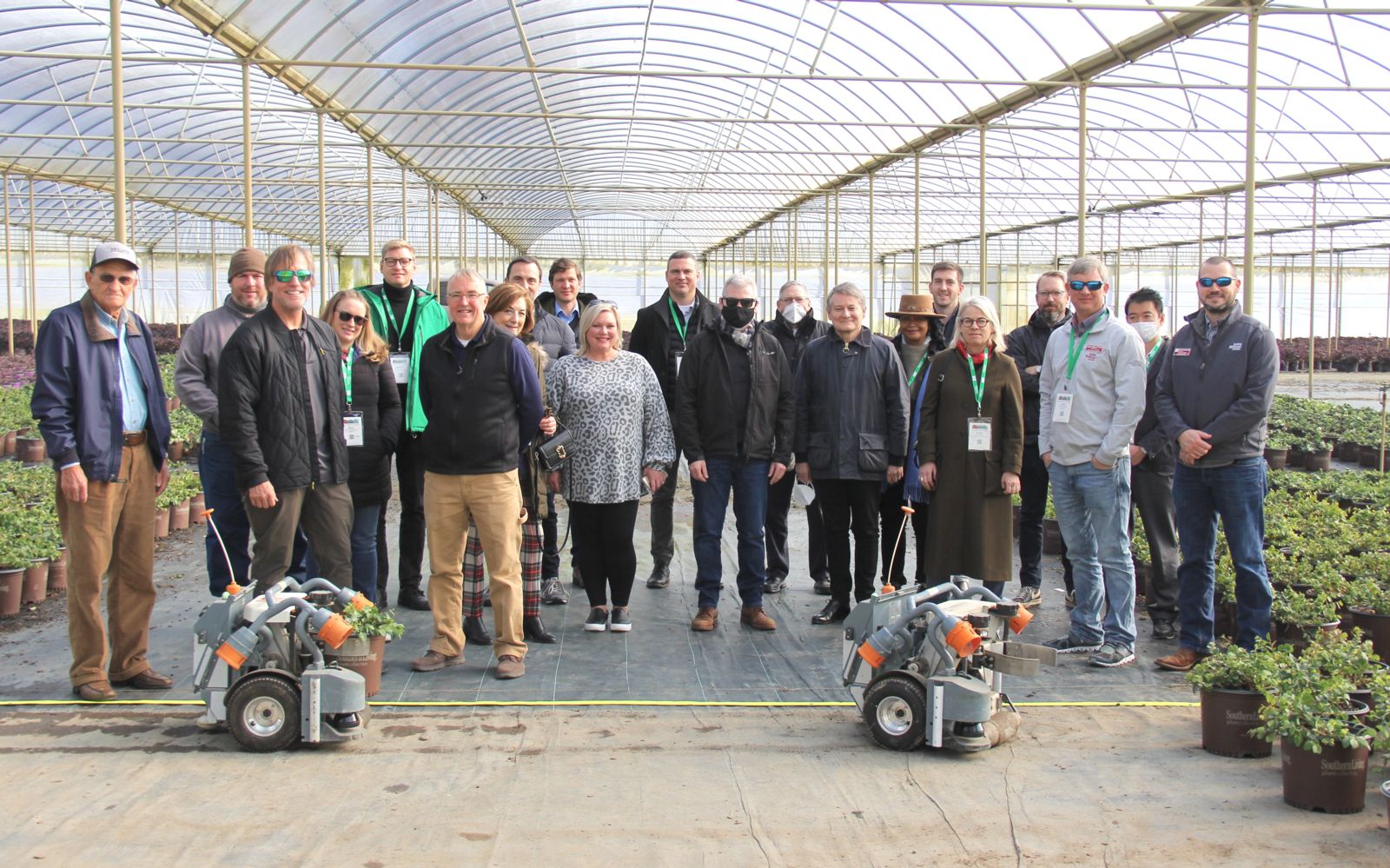 On Jan. 11, a group of 40 AFBF attendees took the “I Feel the Need for Speed & Southern Hospitality” Tour in Henry County.  They saw how urban sprawl has impacted agriculture near Atlanta.

Participants got a VIP tour of the Atlanta Motor Speedway that included a stop at the start/finish line in the grandstands and a chance to stand in the winner’s circle at victory lane. The guests also saw the 120-acre infield, walked in the pit lanes and saw the Richard Petty Memorial Garden.

McQueen told the group that the land where the speedway is located was once fields of soybeans, corn and cotton.

After lunch, the tour traveled to Southern Belle Farm where Jimmy Carter welcomed the group, telling how he once operated a dairy on the farm but transitioned into agritourism and growing strawberries, peaches and other fruit after his son, Jake, returned home from college.

Farm manager Daniel Welliver told the group about the farm’s you-pick operation and the field trips that bring over 20,000 local students to the farm each school year. The tour participants enjoyed a hayride around the farm to see the beef cattle, peach and blueberry orchards and blackberry patches.

Southern Belle served the guests homemade strawberry shortcake with homemade ice cream, all made in its kitchen.

The first stop was R & A Orchards where Andy Futch welcomed the group with coffee, cider, fried pies and apple donuts. The group learned about the variety of apples grown in North Georgia and how apple growers like the Futch family maintain their trees year-round. The tour took a wagon ride around the orchard while learning the farm’s history.

The second stop was Mercier Orchards where Tim Mercier welcomed the group. His son-in-law David Lillard gave a tour of the market, cider making facility and bakery. The group enjoyed lunch made by Mercier Orchards.

The third stop was Engelheim Vineyards where the guests explored the grounds and the vineyard’s new wedding facility while learning about the winemaking process from the vineyard’s winemaker. Tour participants also enjoyed a wine tasting during which they learned about the types of wine the estate makes. 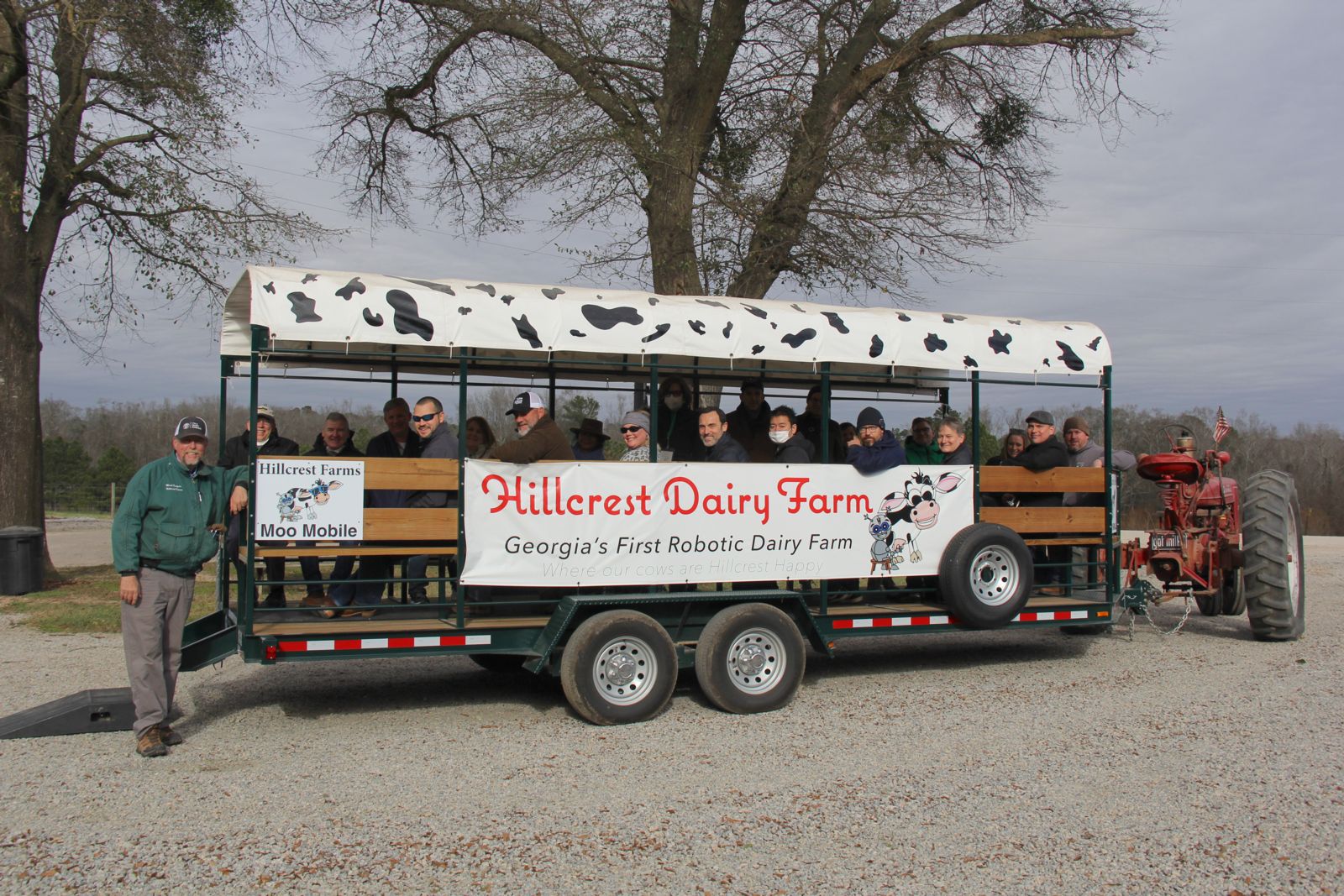 Mark Rodgers, left, gave a tour of his family’s farm to farmers from across the U.S. and international diplomatic staff visiting Georgia for the American Farm Bureau Convention.