Farmer John is out on his farm one day when he closes a gate and smashes his hand. He goes to a doctor. It’s not broken, but it is swollen and obviously causing pain. The doctor writes him a prescription for a week’s worth of lortab or oxycodone, two com- monly prescribed opioid pain relievers. 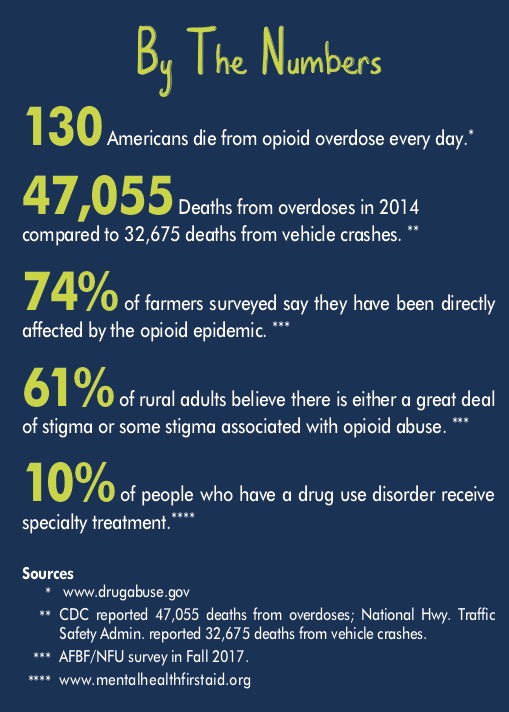 John takes the medicine. His hand feels better. He can work the next day. It’s still swollen, and hurting that night, so he takes another one. Five or six days later his prescription runs out. His hand is still hurting. At this point, his brain is telling him that he needs those opiates, which provide a euphoric feeling that replaces the brain’s perception of the pain in his hand. He loses that euphoric feeling and the pain returns, so he returns to the doctor. John’s an old trusted farmer, so when he goes to the doctor, the doctor writes a prescription for another week’s worth of lortab . By this point, John could already be addicted to opioids, and by the time he comes back a third time, the doctor concludes that he is and refuses to write another prescription for Lortab. John seeks treatment from other doctors to access opioid prescriptions.

Matt Niswander has seen Farmer John’s scenario play out dozens of times, some of them with devastating effects – death from overdose, family upheaval, loss of job – that ripple out from one person’s minor injury. Niswander, a family physician in Law-

renceburg, Tennessee, estimated he’s treated more than 100 patients in 13 years who traveled a similar path to addiction. Dr. Niswander and his wife, Colbie, were part of a panel discussion about opioid addiction at the American Farm Bureau Federation Convention in New Orleans. They have a strong connection to the farm part of the equation – they raise angus beef cattle. In

addition to seeing the effects of opioid abuse in his medical practice, he knows firsthand how hazardous farm occupations can be. Farming occupations are among the most hazardous in terms of rates of job-related illnesses, injuries and disabilities. And when farmers get hurt, treating pain with opioid medication doesn’t come without risk.

“They may not have known when they first started taking it that it has an addiction risk factor,” Niswander said. “The farmer just got it from the doctor, he trusts the doctor, the doctor trusts the patient, and that’s kind of how that starts out.”

Opioid abuse has garnered increasing national attention and with good reason. It is running rampant across the country. The analogy Niswander uses is that deaths from opioid overdoses are the equivalent to two passenger jets crashing to the ground every week.

The analogy is especially telling to him because it’s clear what would happen in the case of airline crashes. 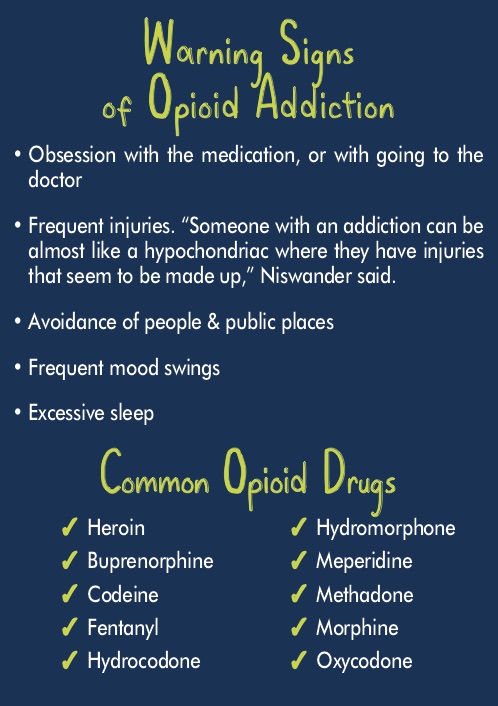 “If you crashed two planes in the ground every week, there would be a full government investigation,” Niswander said. “Every resource would be poured into solving it. Consumers and the general public would be on board. It would be devastatng to our

The opioid crisis, on the other hand ...

“We have this right in front of us. It’s been going on for decades and it’s being ignored,” Niswander said. 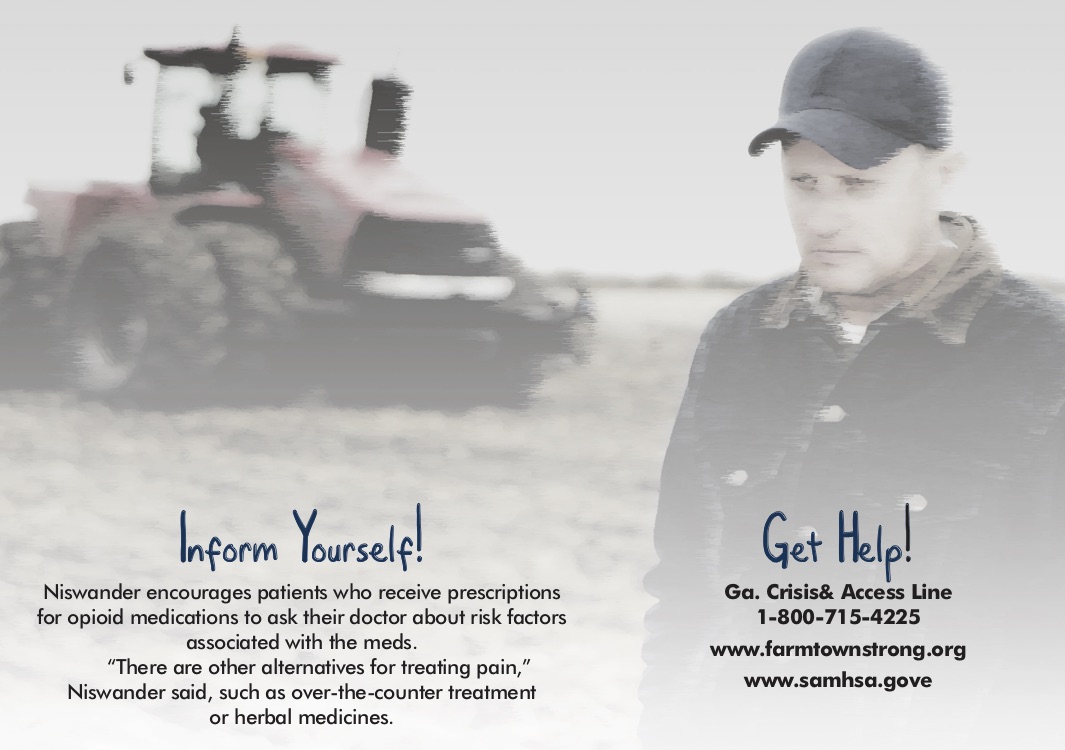