Text and photos by Jay Stone 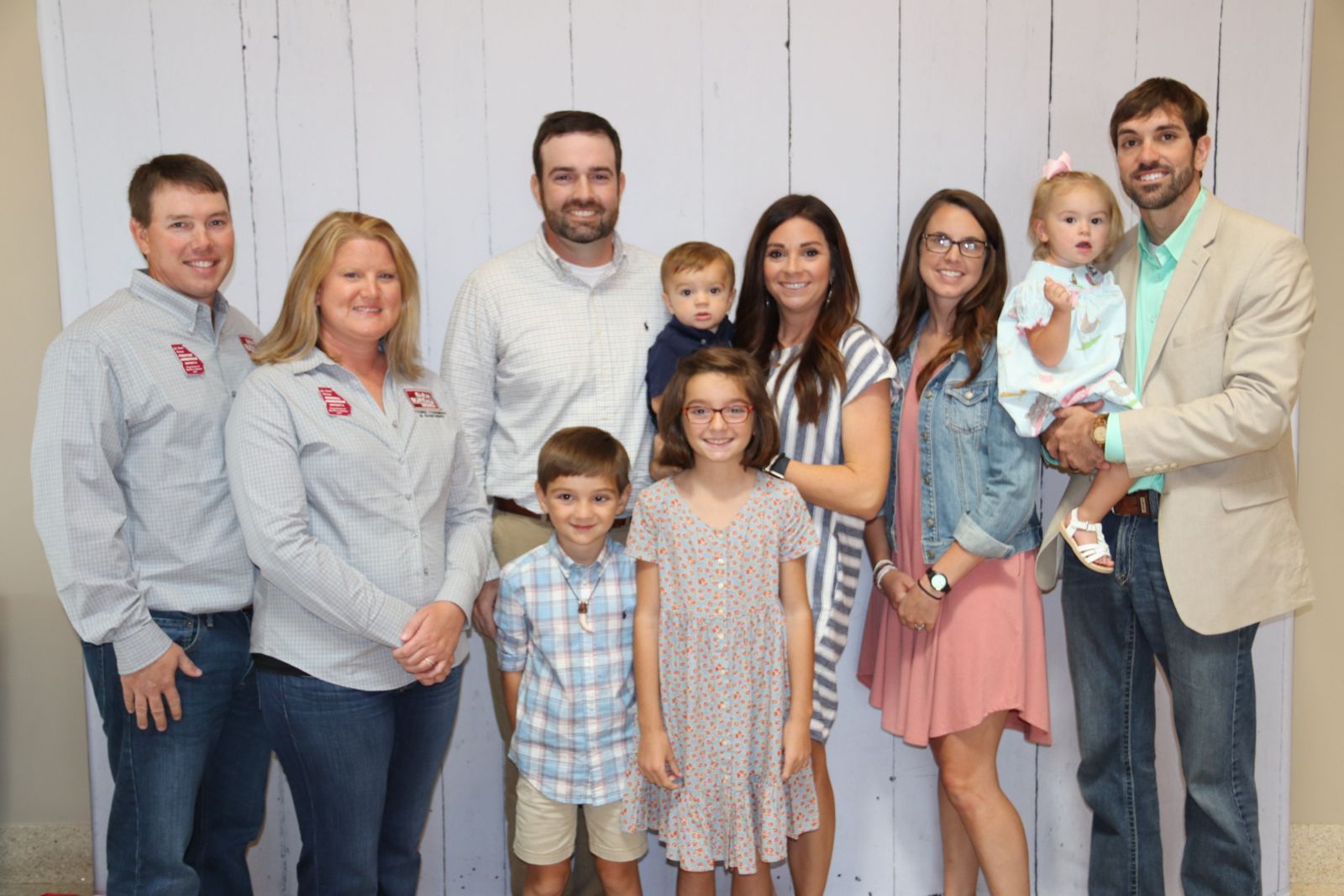 The achievement award recognizes YF&R members for their farming operations and leadership activities.

Preston & Kendall Jimmerson won the award and will represent Georgia as they compete for the American Farm Bureau  YF&R Achievement Award in January at the AFBF convention in Austin, Texas. As the state winner, the Jimmersons received $500 cash, a four-seat John Deere ATV with trailer, a year’s use of a Kubota M Series tractor and an expense-paid trip to the AFBF convention. The runners-up received $500 cash.

The Jimmersons grow row crops and vegetables and raise cattle. The Greens raise poultry and cattle and grow hay, as well as selling and spreading chicken litter. The Pittmans grow watermelons, a variety of vegetables and row crops, and operate a roadside market.

This award recognizes young farmers and ranchers who earn the majority of their income from something other than production agriculture.

The Kinsauls won the competition and will represent Georgia as they vie for the national award at the American Farm Bureau Convention in January. Rachel is an agriculture teacher in Morgan County while Jason works as an agricultural lender for Rabo Agrifinance. As the state winners, the Kinsauls received $500 cash, a two-seat John Deere ATV with trailer and an expense-paid trip to Austin for the 2020 AFBF convention. 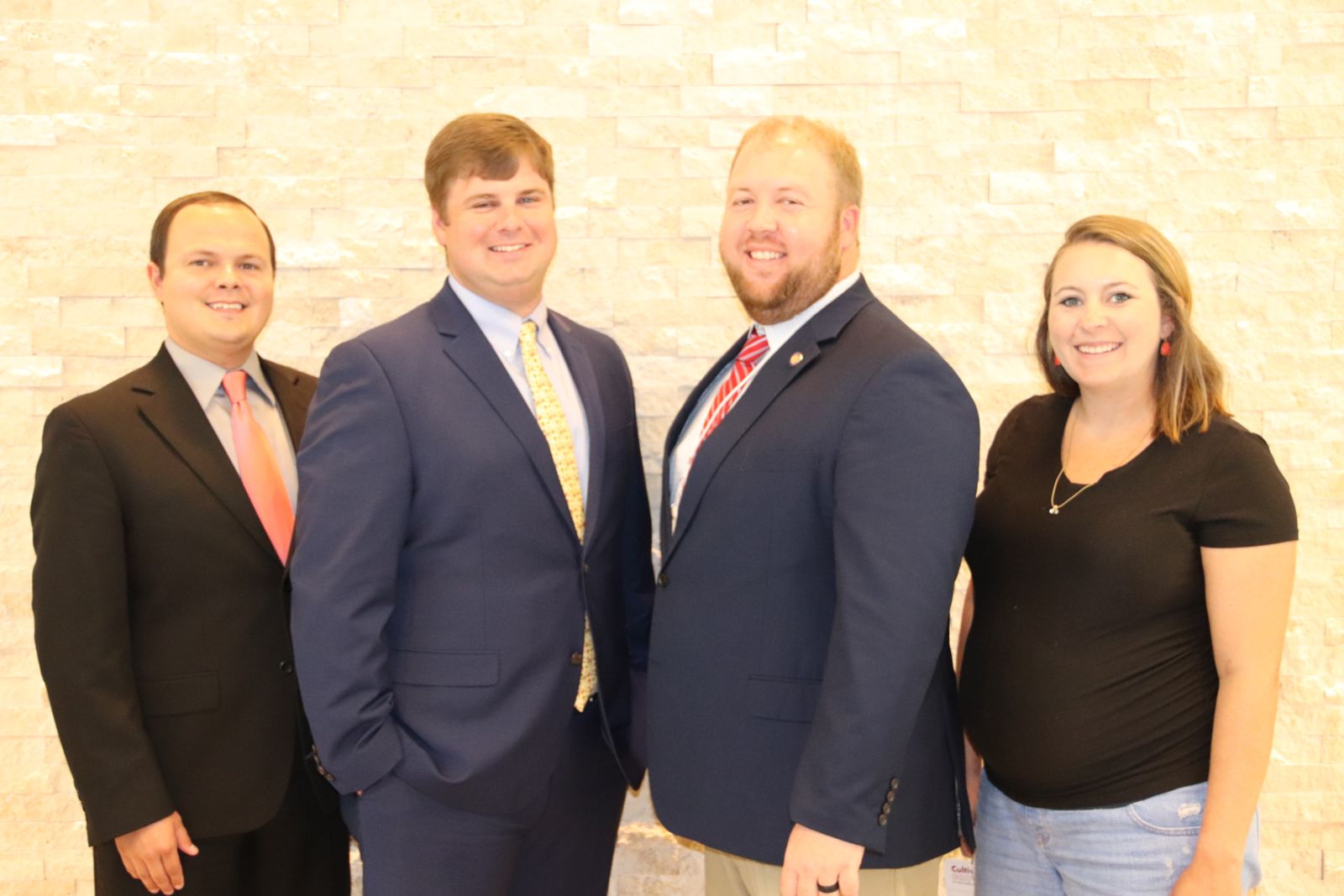 The YF&R discussion meet simulates a meeting where participants talk about an issue and explore possible solutions. The final four round, held July 20 during the GFB YF&R Leadership Conference, focused on how Farm Bureau can collaborate with other organizations to combat crises like opioid addiction and emotional health issues. Twenty-five contestants from 22 counties competed in the event.

Kaitlyn Marchant, an ag teacher at Morgan County High School, won the competition. She will represent Georgia in the American Farm Bureau Discussion Meet at the AFBF Convention in Austin, Texas.

As the state winner, Marchant received $500 cash, a two-seat John Deere ATV with trailer and an expense-paid trip to the 2020 AFBF Convention. The runners-up each received $350 cash.

Jackson is a sales representative for Bayer Animal Health and runs a commercial cow/calf operation. Gilman raises hair sheep and works as a farm loan officer with the USDA. Pollard teaches agriculture courses in Newton County, is a certified beekeeper and raises Charolais show cattle. 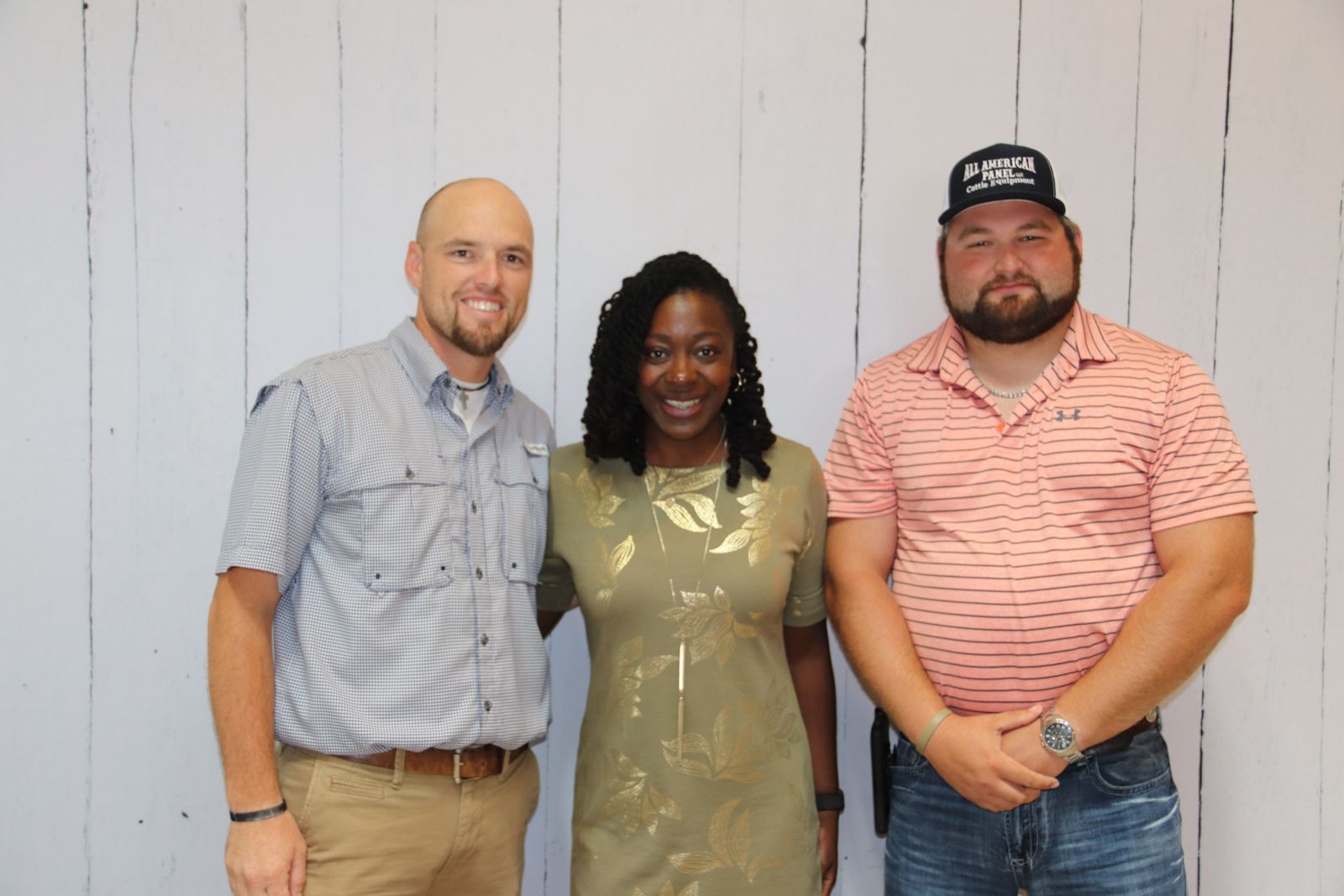 Pictured from left, finalists for the GFB Young Farmers & Rancher Member of the Year Award were: Will Cabe of Franklin County, Chy Kellogg of Cobb County and Walt Pridgen of Coffee County.

This is a new award for Georgia’s YF&R program this year. It recognizes the diverse ways YF&R members can have an impact by participating in county, district and state-level events and working to encourage, educate and lead other young farmers and ranchers.

YF&R conference attendees viewed videos of the three finalists describing their activities to promote agriculture and then voted to determine the winner.

Walt Pridgen, who manages 11 poultry houses, grows hay and raises cattle, won the award and $250 cash. In addition to serving as the Coffee County Farm Bureau YF&R Chairman, he is president of South Georgia Cattlemen, speaks to other organizations to promote agriculture and volunteers as a judge for area FFA events.

Chy Kellogg grows vegetables, selling them at farmers markets, and does contract work for the Georgia Association of Conservation Districts. As chairman of the Cobb County Farm Bureau Women’s Committee, Kellogg teaches Ag in the Classroom lessons at local schools and at various farms. 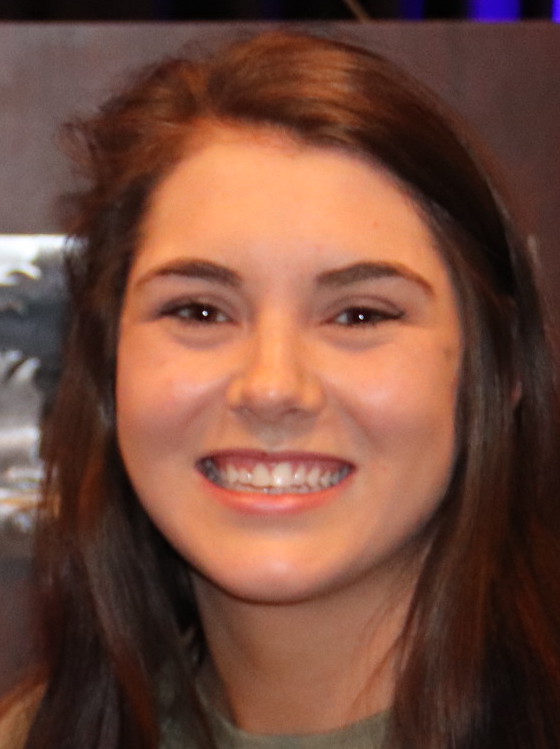 Sadie Hobbs of White County was the highest-placing collegiate competitor in the GFB Discussion Meet.

She won an expense-paid trip to the 2020 AFBF YF&R Conference March 13-17, 2020, in Louisville, Kentucky, where she will represent Georgia in the AFBF Collegiate Discussion Meet.

Hobbs is a rising senior in the UGA College of Agricultural & Environmental Sciences where she is studying agricultural communication.