The redesign of the grading/inspection process the Georgia Federal-State Inspection Service (GAFSIS) uses to inspect peanuts farmers bring to buying points is a step closer to completion, project leaders say.

Engineers from the Georgia Institute of Technology, USDA Agricultural Research Service (ARS), Lewis M. Carter (LMC) Manufacturing Company and University of Georgia (UGA) have been working to update the GAFSIS grading system since April 2017. The team gave an update of their progress during a meeting held in Albany Feb. 28.

“Our goal is to have an initial working prototype [of the new system] for the Georgia Federal-State Inspection Service this fall to test it out,” said Dr. Doug Britton, manager of the Georgia Tech Agricultural Technology Research Program.

The current grading system, which has changed very little since it was first implemented in the late 1950s, relies heavily on seasonal workers who manually sort and grade the peanuts as they’re brought to buying points from the field.

“Our current system is an intensive, hands-on process,” explained GAFSIS President T.E. Moye. “With the current system you have to pick foreign material out of the peanut samples with your fingers, and that’s what we want to get away from. We can hire six hundred people [to run the samples] but I don’t know that we’ll continue to be able to hire the eleven hundred people we need.”

After visiting several Georgia buying points to study the existing inspection process, the engineering team is developing a system to measure in-shell peanut moisture and proposes that this be done early in the inspection process.

In the proposed new process, peanut samples would be taken pneumatically from the peanut trailer and the moisture content of the in-shell peanuts measured immediately using a microwave-based system. If the moisture level of the peanuts is too high, the trailer of peanuts can be sent for further drying, eliminating the need to do further testing and measurements of the load at that time.

The USDA ARS team is focusing on developing microwave measurement technology to determine the moisture content and detect foreign materials. LMC engineers are working to improve the efficiency of the pre-sizer, sheller, screen shaker and kernel splitter.

Georgia Tech engineers are developing the computerized imaging system that will visually grade the peanuts by imaging the peanuts and using advanced image processing algorithms to determine if the peanuts are good or have various stages of defects including burrow bug, discolored skin, discolored meat, rancid/mold/decay, sprouts and miscellaneous issues.

“We have imaged and characterized 19,072 peanuts from across Georgia’s peanut belt, and we’re still imaging peanuts. It’s very important that the system we develop works on all types of peanuts grown in Georgia,” said Colin Usher, a member of the Georgia Tech research team. “The magic of the system is the use of algorithms that gives the computer the artificial intelligence to read the images, which is equivalent to humans looking at the peanuts and grading them.”

After the computer grades the peanut as good or bad the peanut will be sorted into the appropriate bin.

UGA is working with Tech on perfecting the digital grading and testing side.

At the request of the American Peanut Shellers Association, Mitchell County grower Casey Cox shared comments she had heard from multiple growers and shellers.

“In the grading process, one peanut has too much power. One peanut can cause a whole load of peanuts to be graded Seg 3 or to have to be resampled,” Cox said.

She said she repeatedly heard that the grading system needs to be more efficient and faster and that the peanut industry needs to fairly value peanuts and incentivize growers to grow better peanuts. For example, since sound split peanuts can be marketed to make peanut butter, growers should get a fair price for them. 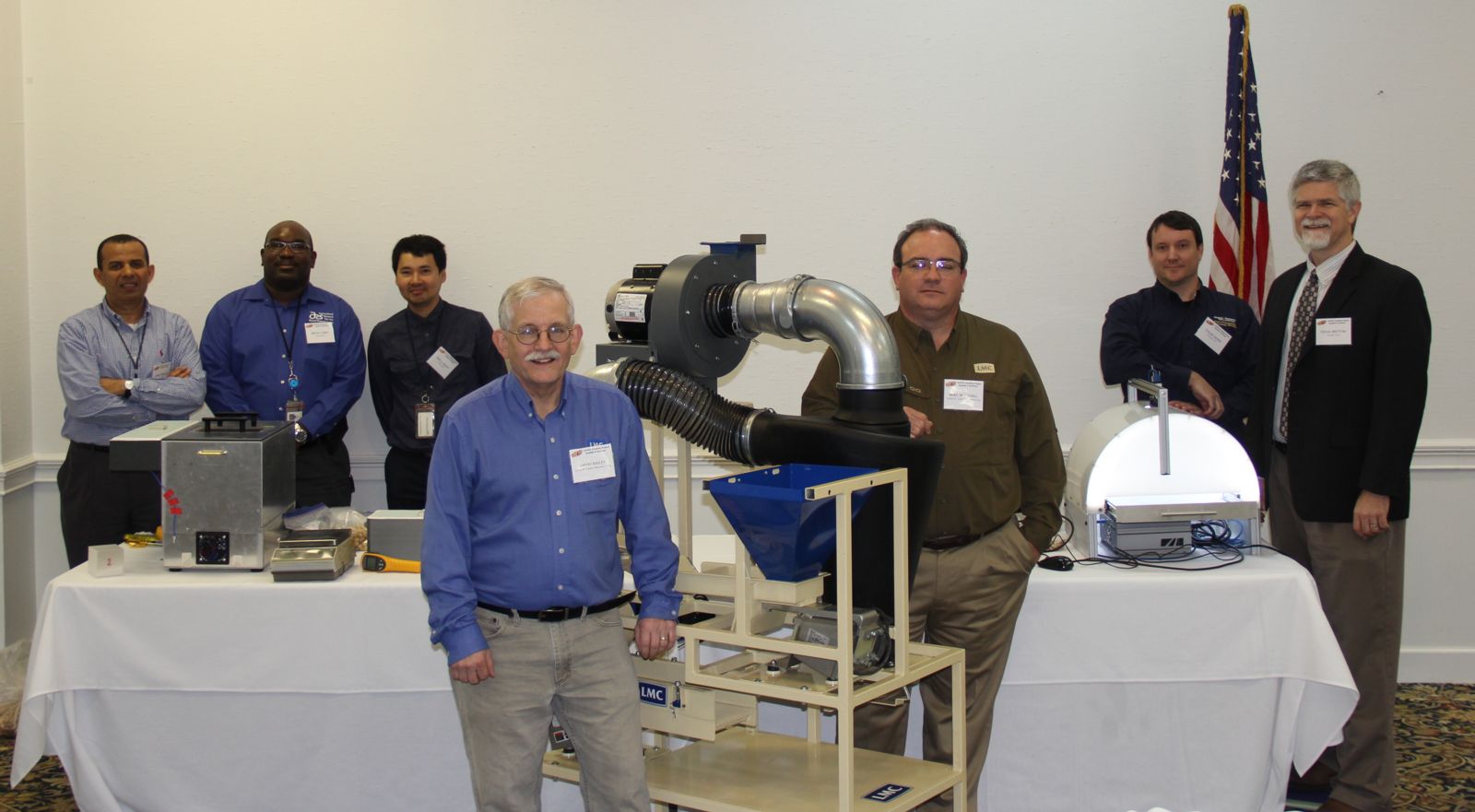