Long tells how Farm Bureau is working for Georgia farmers

While delivering his annual address to GFB members, GFB President Long discussed the many ways the organization is working on behalf of Georgia farmers and rural residents.

“For decades our members have asked for reasonably priced health insurance, but that goal was elusive. Now, through a partnership with Anthem, formerly Blue Cross/Blue Shield of Georgia, we can offer it,” Long said.

Farm Bureau’s motto has long been “The Voice of Georgia Farmers” as it has advocated for farmers in the legislative arena.

Long noted that Farm Bureau secured a victory in September for landowners when the U.S. Environmental Protection Agency and U.S. Army Corps of Engineers repealed the “Waters of the U.S. (WOTUS)” rule it first issued in 2015. Farm Bureau opposed the rule on grounds that it constituted regulatory overreach and deviated from two Supreme Court rulings in regard to defining federally regulated waterways versus waters that are solely under state authority.

“A new WOTUS rule is currently being developed which is more respectful of private property rights,” Long said.

GFB is currently working to ensure that Georgia farmers maintain the “Right to Farm,” as urban development moves into rural areas. “Right to Repair” is another issue GFB is addressing to secure the rights of farmers to work on farm equipment that has high-tech features.

With the 2020 U.S. Census set to begin soon, Long urged farmers and rural residents to participate.

“Every ten years, the census determines funding for federal agencies and programs important to rural Georgia. This count also determines the number of seats Georgia will have in Congress and

other important positions,” Long said. “In the coming months we will activate the ‘You Farm. You Count’ campaign to make sure rural Georgia is properly counted, represented and funded.”

Long also encouraged farmers and rural residents to educate all candidates running in 2020 elections about the issues that impact agriculture and rural Georgia.

“When the November 2020 election is upon us, all the candidates, whether they are Democrat or Republican, must have a strong understanding and appreciation for the importance of agriculture,” Long said. “That’s the challenge before us. We must educate these candidates before the election.”

Long also discussed three ways GFB is investing in Georgia agriculture. After Hurricane Michael, GFB created a Hurricane Michael Relief Fund that collected $665,000. In April, GFB distributed all of the donations to Georgia farmers who submitted applications demonstrating they suffered damages or losses that wouldn’t be covered by traditional disaster aid.

In 2018 and 2019, GFB has invested $150,000 in agricultural research addressing production issues Georgia farmers are facing on their farms. Long announced that GFB will invest another $125,000 in ag research in 2020.

U.S. Rep. Buddy Carter (R-Dist.1) welcomed GFB members to his district and provided an update on action Congress has taken on key ag issues in the past year. Carter said he thinks changes the Department of Labor has proposed to the H-2A program will help farmers secure migrant workers they need to harvest their crops. Carter praised the DOL for converting the program from a paper system to online saying this will streamline the application and approval process for farmers trying to secure migrant workers.

“If a farmer is expecting three hundred workers and if Homeland Security suspects five of these employees, they currently hold up all of the workers,” Carter said. “This is the type of thing we’re expressing that we need help with, and I think we’re getting that message across.”

He said negotiations led by Sen. Marco Rubio of Florida are taking place to secure better provisions for fruit and vegetable growers under the pending United States-Mexico-Canada Agreement (USMCA), which will replace the North American Free Trade Agreement.

“We’re trying to make sure that fruit and vegetable growers are taken care of in this agreement,” Carter said.

Carter said he hopes the U.S. House will vote on and pass USMCA before the end of the year. Senate Majority Leader Mitch McConnell has said the Senate will not vote on the agreement until sometime in the new year.

Carter also discussed his support of the Forest Recovery Act, which if passed, would amend U.S. tax code to give landowners who experience a loss of uncut timber due to natural disasters a tax deduction for their losses.

“Georgia is the number one forestry state in the nation,” Carter said. “The Forest Recovery Act

will help forest owners who suffer a catastrophic event by assuring them they can get a tax deduction that takes the fair market value of the uncut timber into consideration.”

Per the proposed legislation, the tax deduction may not be less than the difference between the fair market value of uncut timber immediately before a loss occurs and the salvage value of the harvested timber.

Carter also discussed his work on the U.S. House Select Committee on Climate Crisis, established in January 2019 that is charged with delivering climate policy recommendations to Congress to achieve reductions in pollution and other activities that contribute to climate change.

“I wanted to bring a reasonable, rational, common sense approach to  addressing climate change,” Carter said. “I have been a voice for the rural community and ag community.”

Georgia Agriculture Commissioner Gary Black discussed the status of the state block grant the USDA has allocated for Georgia to help farmers with crop losses from Hurricane Michael not covered by other USDA disaster programs, such as the Wildfire and Hurricane Indemnity Program Plus (WHIP+).

“I believe we’re very close to signing a contract with the USDA for the state block grant,” Black said. “We have vendors waiting to distribute the funds as soon as the contract is signed.”

Farmers with eligible commodities in counties that received disaster designations due to Hurricane Michael will sign up for block grant funds online only, Black said, adding he expects the website www.farmrecovery.comto be live within three weeks after the Georgia Department of Agriculture (GDA) signs the contract with USDA.

The GDA plans to publicize the signup period before it begins taking applications. The enrollment period is expected to last 21 calendar days.

On Nov. 8, the USDA announced $800 million in state block grants for ag losses in Georgia, Alabama and Florida from Hurricanes Michael and Florence in 2018. The block grants were authorized under the $3 billion Disaster Relief Act (DRA) of 2019 signed into law in June to help producers nationwide recover from 2018 and 2019 disasters. DRA includes WHIP+  and programs for loss of milk and stored commodities.

Black also outlined the GDA timeline for implementing Georgia’s guidelines for growing industrial hemp, which the 2018 farm bill made a legal crop nationwide.

Per federal regulations, industrial hemp must contain less than 0.3 % tetrahydrocannabinol (THC), the component of marijuana that produces a “high.” The two most common uses of hemp are cosmetics and cannabidiol (CBD) oil. Hemp fibers are used in fabrics, paper, carpeting, construction materials and auto parts.

On July 10 the GDA issued proposed rules for growers and processors of industrial hemp, in accordance with the 2018 farm bill and the Georgia Hemp Farming Act passed during the 2019 session of the Georgia General Assembly to comply with federal statue. GDA developed the rules in consultation with the Georgia Bureau of Investigation.

“The thirty-day comment period [for the July 10 proposed rules] came back with some very good suggestions. It set us so we have another set of rules to get back out to you. That’s about to happen,” Black said.

Georgia is still waiting on the USDA to approve the state plan it submitted in July, Black said. The USDA released its proposed regulatory rules to manage hemp production nationwide in late October. Georgia’s rules must be compliant with the USDA rules.

“We [Georgia] have to be in compliance. We have to have an approved plan from USDA. We turned in our plan July 10. We do not have the approved plan from USDA. That is paramount to everything that has to take place between now and hopefully 2020. We’ve gone as far as we can go with respect to predicting what we think the federal government is going to do and then how we can make our state law fit.”

The final GDA rules for hemp production will establish requirements for licensing, recordkeeping, inspections and sampling of hemp to determine THC levels, standards for storage and transportation. The proposed rules include a sample list of violations that would be subject to enforcement under the Georgia Hemp Farming Act and other state laws.

The Georgia Hemp Farming Act sets a standard for concentration of delta-9-THC at a maximum 0.3%. The proposed rules allow for the destruction of hemp that has concentrations higher than 0.3%.

Black said the state of Georgia has set no limit on the number of industrial hemp producers or processors, but anyone who applies for a state permit to grow or process hemp will have to pass background checks and pay for licenses.

Black said its common knowledge that some hemp enthusiasts jumped the gun on growing hemp before federal and state guidelines have been implemented. He said this will be addressed by state legislators in the upcoming General Assembly.

“We must have changes in Georgia law to make it a crime to grow hemp without a permit,” Black said.

Founded in 1937, the Georgia Farm Bureau Federation is the state’s largest general farm organization with 158 county chapters. As a membership-driven, nongovernmental organization, GFB serves as the voice of Georgia farmers and rural Georgia by advocating for them on legislative issues and promoting Georgia commodities. Its volunteer members actively participate in activities that promote agriculture awareness.

GFB membership is open to the public and offers a wide variety of benefits, including insurance and discounts for health services, travel and family entertainment. Enrollment in any of the member benefits is optional and not a requirement for membership. If you would like more information about agriculture please visit www.gfb.org, like Georgia Farm Bureau on Facebook @GeorgiaFarmBureau or follow on Twitter at @GaFarmBureau. 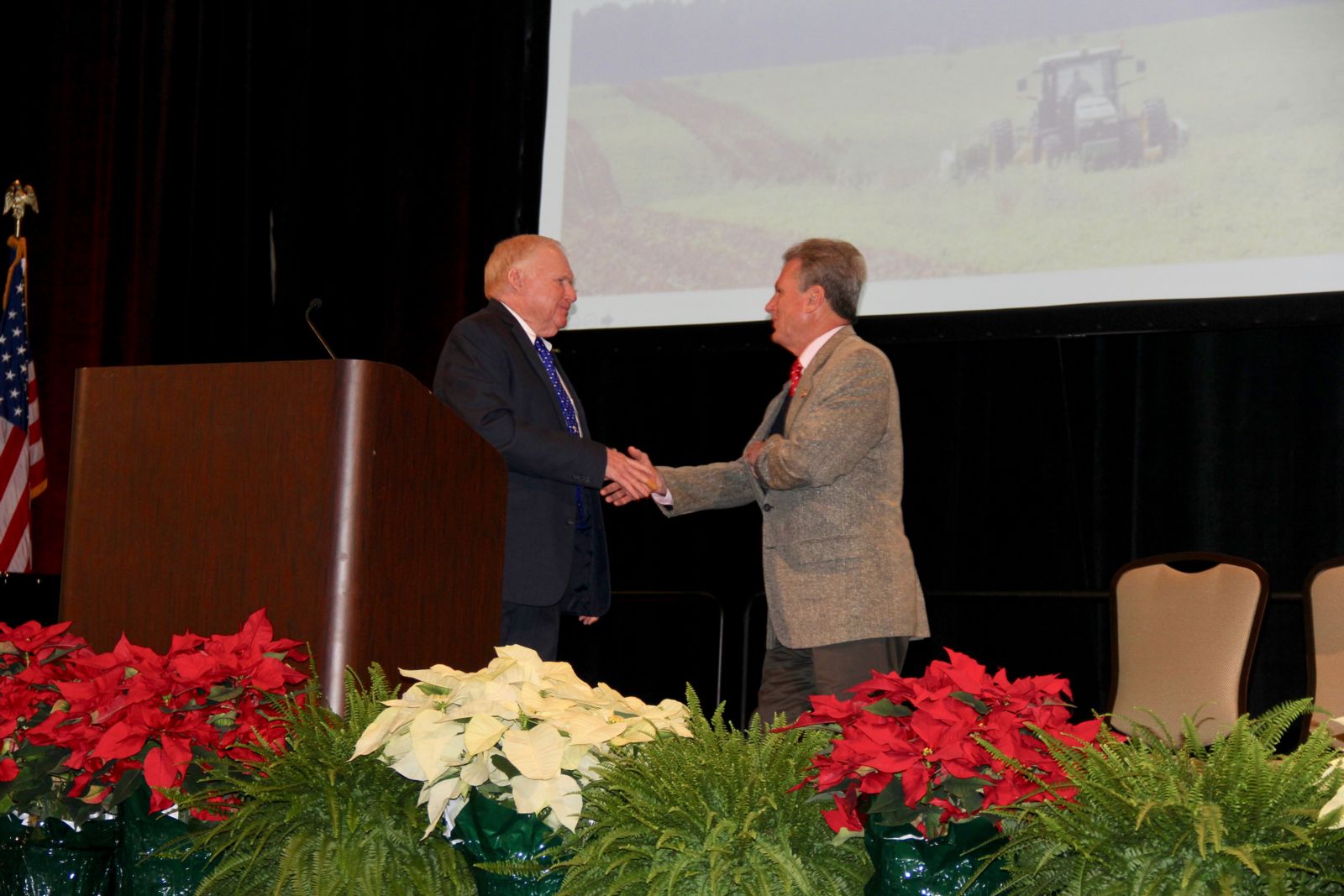 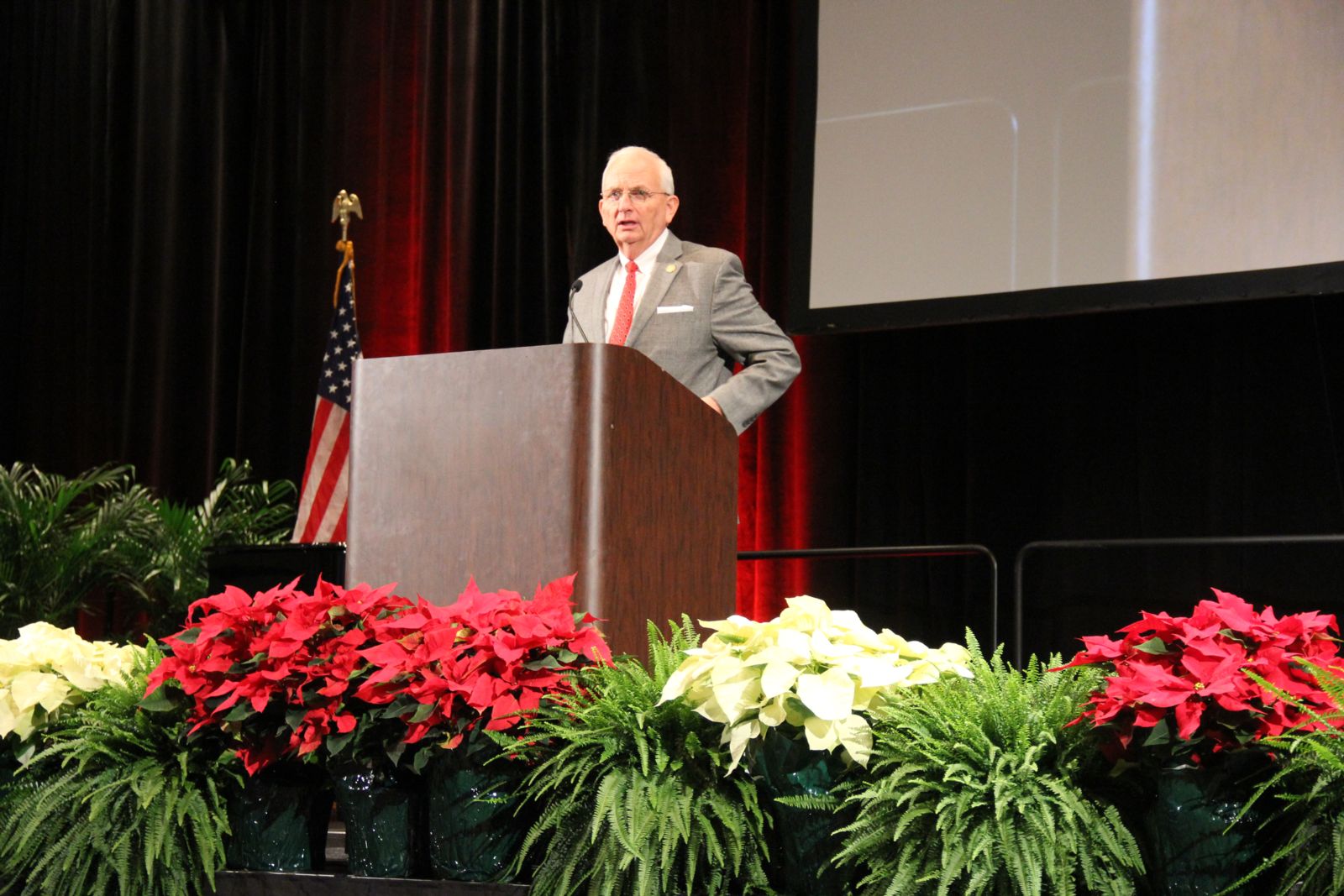