Georgia Farm Bureau is, and always has been, a local organization

We have offices in 158 Georgia counties, and our strength as an organization comes from that grassroots structure, through our county members and volunteer leaders. With that grassroots focus comes a commitment to improving our local communities.

From the home office in Macon, to each county office around the state, we are proud to be actively involved in our communities. We live, work, shop and go to church there. Our customers are our friends and neighbors.

That commitment is why we support and participate in charitable causes and events in our communities. It's why we provide scholarships, promote education and sponsor high school athletics.

Below you'll find a look at some of our recent community activities... 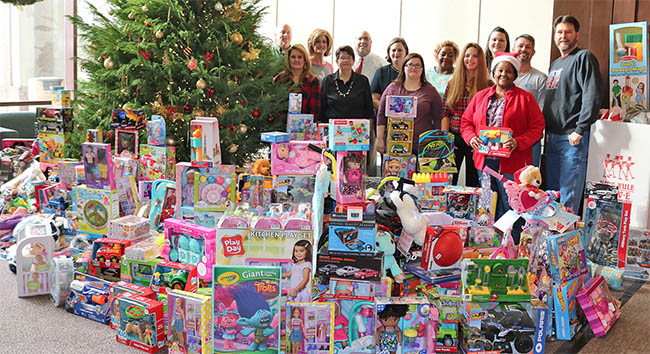 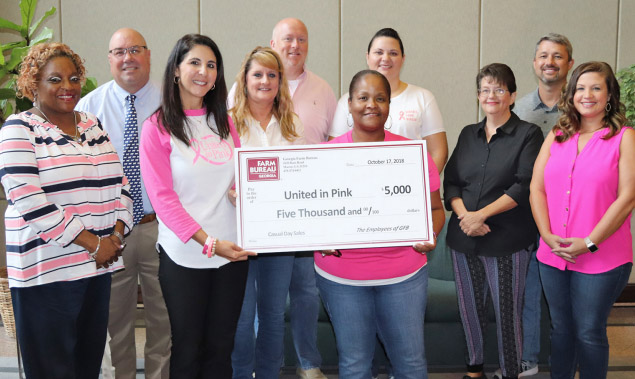 A check for $5,000 was recently presented to Laura Paxton of United in Pink. The funds were raised by the Employee Relations Committee through casual day sales. United in Pink is a support group committed to enhancing the quality of life for breast cancer survivors and their families. All of United in Pink’s programs and services are offered at no charge and have no barriers to access. 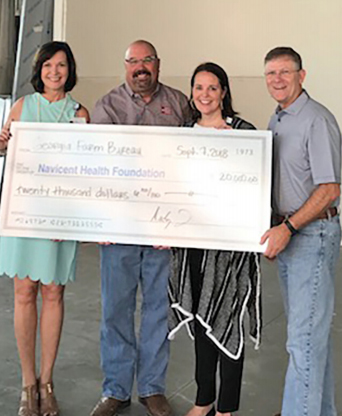 GFB, with the help of its employees and casual day sales, made a $20,000 donation to the Beverly Olson Children’s Hospital.  The ribbon cutting ceremony for the facility is scheduled for February 2019.

Several GFB employees and their families participated in the 9th annual Project Giving Retro Night Glow 5K/10K/1 Mile Fun Run on Sept. 15th. Project Giving, Inc. is a non-profit, 501(c)(3) organization that “builds bridges of hope” for people in need in the Middle Georgia Community. Project Giving is 100% volunteer-driven and volunteers work from their homes.

A check for $5,000 was presented to the American Cancer Society (ACS) recently. The funds were raised by the Employee Relations Committee through casual day sales for the fourth quarter of 2017. 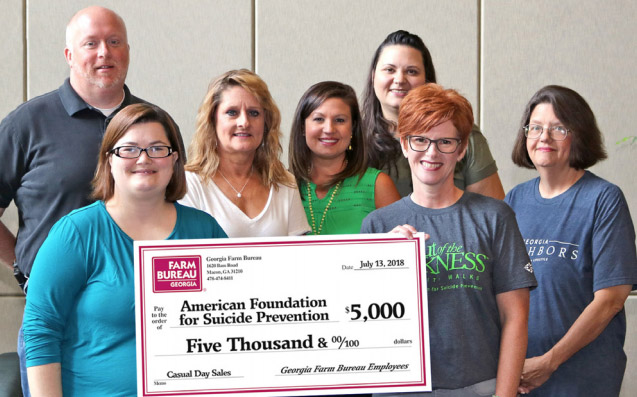 A check for $5,000 was presented to the American Foundation for Suicide Prevention (AFSP).  The AFSP is a voluntary health organization that gives those affected by suicide a nationwide community empowered by research, education and advocacy to take action against this leading cause of death.  The money was raised by the Employee Relations Committee through casual day sales.

A check for $5,000 was presented to Crisis Line & Safe House. The money was raised by the Employee Relations Committee through casual day sales.