Tale of a Trailblazer 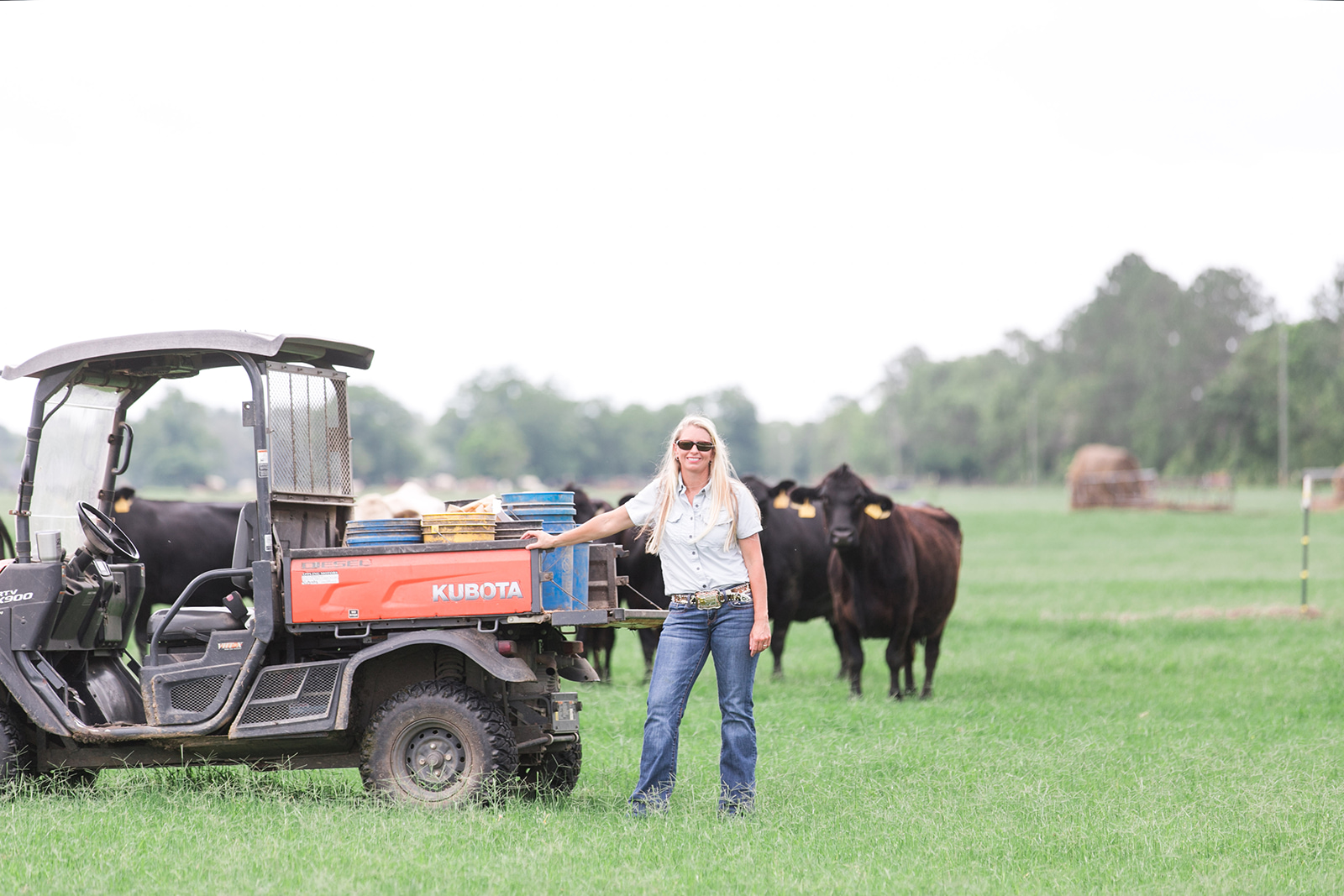 Born and raised on the same farm she now owns and operates, Kristy Arnold is a third-generation farmer who hails from Wayne County in southeast Georgia. Growing up, she was her father’s shadow, following him around no matter what the task or where he was going.

Laying behind the seat of their tractor, Arnold would ride along with her daddy all day long, never complaining and never wanting to go home.

“I just always wanted to be with him, and wherever he went, I went. Whatever he was going to do, I jumped in the truck or on the tractor and I went right along with him,” she said. “He taught me a lot and always made sure that I was safe, but never told me I couldn’t do something because I was a girl. He raised me as a capable person regardless of gender. If they were moving a stack of 2-by-4s, I would drag one along behind them even when I was 7 or 8 years old.”

What started as a diversified farming operation in 1941 by her grandfather, Boggy Creek Farms slowly shifted to what is now mostly a cow/calf operation. When Arnold was 12 or 13, she became fully engrossed in the day-to-day workings of the business.

“Back when we still had pigs, I would take care of our 200 sows every day when I came home from school,” Arnold said. “That was kind of the joke. Most of my friends didn’t like to come home with me because I had to come home and work. I had to feed sows and process newborn baby pigs and all that stuff. So, I’ve really worked my whole life.”

Postsecondary education for Arnold began at Abraham Baldwin Agricultural College, where she earned an associate degree in Pre-Veterinary Medicine. What followed was a Bachelor of Science degree in Animal Science and a Master of Education degree, both from the University of Georgia.

“I’d grown up thinking I’d be a veterinarian, but early on realized I didn’t want to live away from the farm for another six years. ... I’d had enough of concrete and apartment buildings,” Arnold said with a smile.

Life after college was filled with marriage, welcoming two children into the world, teaching full time and working on her family farm in the evenings and on the weekends. Ten years ago, Arnold’s father asked her if she wanted to farm full time and to own half of the farm.

It was on that day that she became half-owner of the family farm. For eight years, Arnold worked alongside her father for 12 to 15 hours a day, absorbing invaluable hands-on knowledge. In recent years, Arnold’s father passed away, and she became the farm’s sole owner.

“Farming’s not for the faint of heart,” Arnold said. “I always wanted to be involved, but never dreamed that I would be back in it full time like I am now.” 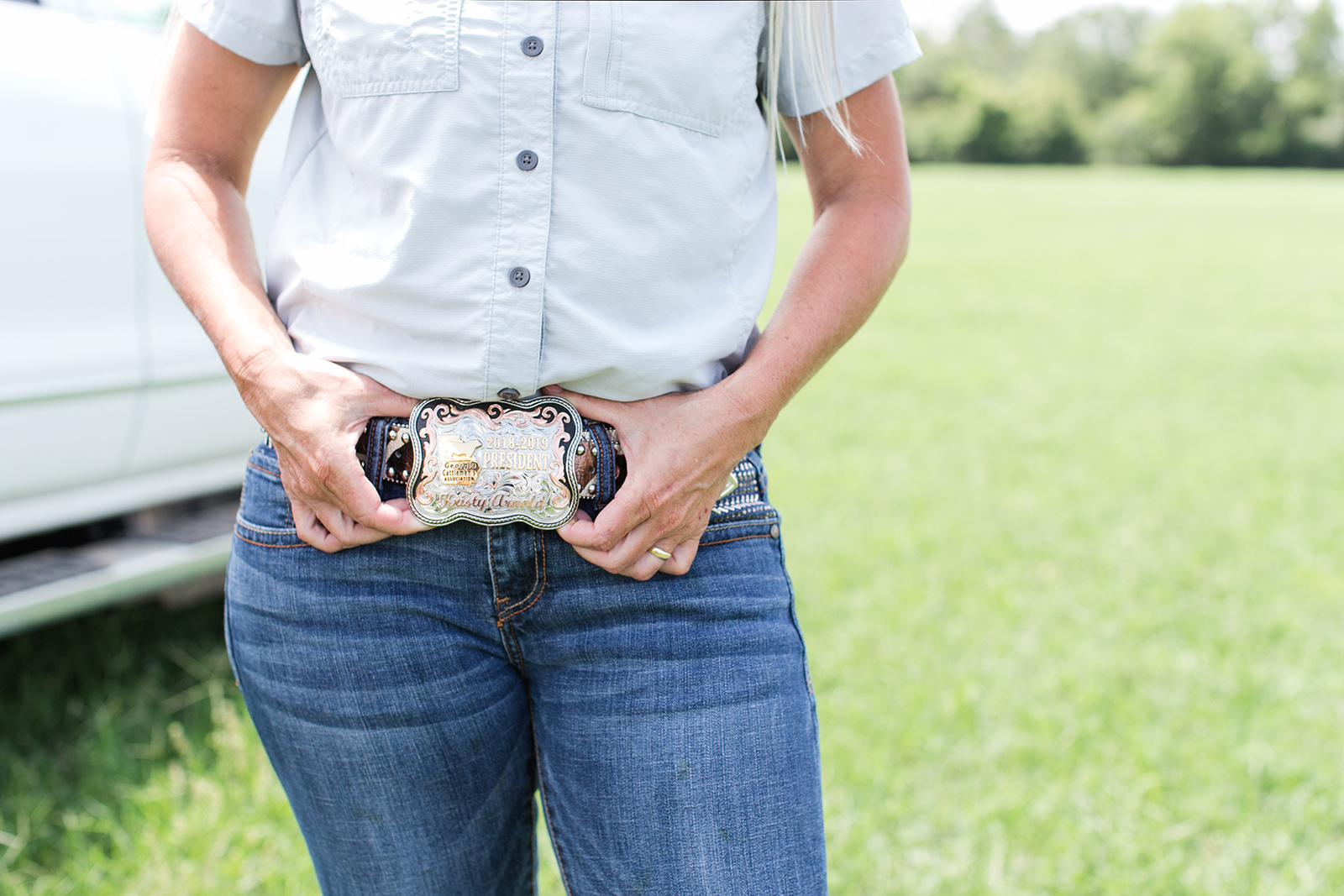 Arnold’s moxie and grit garnered the attention of the ag industry and of the Georgia Cattlemen’s Association. In April, Arnold was named president of the organization, only the second woman in the group’s history.

“For me, it’s not really a question as to whether there’s a place at the table for women in ag – of course there is,” Arnold said. “If you look at statistics from USDA reports that are coming out over the past five years, there’s been a tremendous increase in the number of women who are not only doing the work but are now claiming they do the work.”

Arnold admitted that while women have been involved in ag for hundreds of years, there’s a difference between just being involved and stepping into leadership roles.

“While women have never been incapable of doing it, I think that they have felt incapable,” she said. “Whether it be because it was male-dominated or whether it be because the wife is supposed to be submissive to the husband – or whatever those reasons are – now, women have found a different confidence.” Arnold believes that women’s ownership of their confidence is responsible for this seismic shift.

“We’re definitely opening some doors and shattering some glass ceilings. ... It’s great to know a lot, but until you tell somebody you know a lot, it doesn’t really mean anything. Knowledge that’s hidden is just knowledge,” Arnold said. “The world is changing, everything’s changing, and we have to move with it; ag has to move with the times. I think female leadership and younger leadership is in our future. Women are strong, women have the backbone to do the work, even though it’s always been a predominantly male industry.”

During her year-long tenure as Georgia Cattlemen’s president, one of Arnold’s key initiatives is getting younger people involved in ag. The other is changing the perception of women in the ag industry.

“The main misconception people have is that (women) are weak. Now, are there some things I can’t do? Absolutely. There are some things that brain surgeons can’t do. We’re not all built to be the same. And there are definitely days that I have to call someone over to come beat this pen in because the sledgehammer I got ain’t quite big enough,” she said.

Arnold said anyone doubting just how capable women can be should spend a day in her boots.

“I’m an accountant, a welder, an activist, an advocate,” she said. “I can do electrical wiring, operate a tractor, and I’m a wife and a mother. ... Let them come hang with me for a day. They’ll figure it out.”